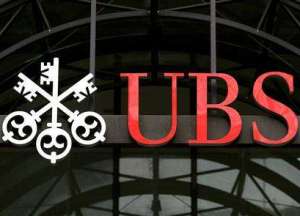 New Delhi/Zurich: As India steps up pressure on Swiss authorities in its pursuit of alleged black money, banks in Switzerland say they follow strict rules and the requests from Indian authorities must be "properly justified".

The Association of Foreign Banks in Switzerland, an over four-decade old grouping, is also of the view that a clear and transparent policy can help in dispelling "apprehensions" and the "conjectures" should not be allowed to dominate the public opinion.

To bring back illicit money stashed away overseas, India has recently made a fresh request to Switzerland to seek bank details of such entities.

"India should be aware that its reputation in Switzerland as a country with a proper legal system and functioning rule of law has been seriously hampered as of late - for reasons not related to financial matters. But the mistrust spills over in other matters," the Zurich-based association's General Secretary Martin Maurer said.

When contacted, an UBS spokesperson said, "While we do not comment on specific cases, UBS applies the highest international standards worldwide in the fight against money laundering and corruption.

"Over the years, UBS has further strengthened and enhanced its anti-money laundering policies, ensuring it has one of the highest standards with respect to corroboration and verification of sources of wealth."

A spokesperson for Credit Suisse also said, "We conduct our banking business in strict compliance with the applicable laws, rules and regulations in the markets where we operate, and our employees receive ongoing training in this area."

The banks in Switzerland apparently also follow a code of conduct framed by another grouping, SBA (Swiss Bankers Association), with regard to due diligence process and measures required to check money laundering and other illegal activities.

When contacted, an SBA spokesperson declined to give any specific details and said that "the Swiss Bankers Association has published a number of guidelines, to which its member- banks adhere and which amend to the Swiss jurisdiction".

With regard to a renewed debate in India on possible tax evasion by Indians through Swiss banks and a potential assistance between the two countries in this regard, the SBA spokesperson said, "We are aware of reports in Indian media about alleged exchange of information between Swiss and Indian authorities.

"Yet, we are not informed about any exchanges of information as brought forward.

"It is to say that India and Switzerland have, in 2010, signed a revised double taxation agreement in the area of taxes and income. Based on that agreement, information can be required and exchanged," he added, while referring any further queries to the State Secretariat for International Financial Matters (SIF) of the Swiss Finance Ministry.

An SIF spokesperson confirmed that they were in touch with the Indian authorities and that Switzerland was committed to cooperate with the new government in India in its fight against tax evasion.

The Association of Foreign Banks in Switzerland, which has more than 140 members, further said that a clearly-defined legal and administrative assistance procedure, based on OECD standards, "would greatly help de-escalating the situation and allow proper handling of cases of illicit assets -? in case there are any".

"Indian requests must be properly justified, information must only be asked for, if not available within India, the 'good faith' principle is to be fully recognised and the OECD 'Keep it Safe' principles respected.

"India will surely recognise that Switzerland can only support the Indian administration in pursuing their legitimate interests, if India supports Swiss efforts to take the respective steps within the existing legal framework," Maurer said.

With regard to a query about suspicious banking transactions, Maurer said banks in Switzerland are obliged to inform the Swiss authorities when such things exists especially since tax fraud is considered as criminal offence.

Stressing that false information makes dispelling apprehensions impossible, Maurer said, "in the past, there were reports on a Indian person who was said to have an account in Switzerland. In fact, he did not, but was even turned down as a client by a Swiss bank".

The Association of Foreign Banks in Switzerland dates back to 1972, when it was founded by foreign-controlled Swiss banks and the Swiss branches of foreign banks.

It is the largest banking association in Switzerland - apart from the Swiss Bankers' Association, to which most of the foreign-controlled banks in Switzerland also belong.

As per SNB, the total number of banks in Switzerland stood at 283 at the end of 2013, including 93 foreign-controlled banks. Collectively, they employ over 1.05 lakh people.