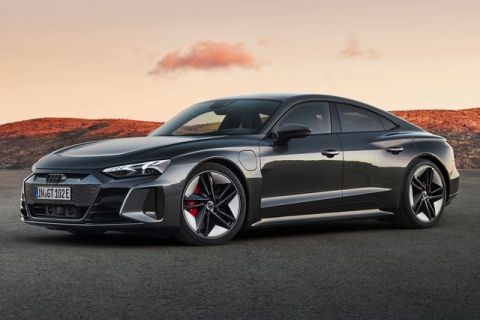 Despite the launch of the much-awaited all-electric Audi e-tron GT, the German manufacturer suffered a decline of more than 14 per cent in its BEV sales in the US market in the third quarter. Audi announced that it sold a total of 41,019 vehicles in the U.S. during the July to September quarter of 2021, suffering a decline of 14.4 per cent from the corresponding year of 2020. Luckily, the year-to-date sales jumped 31.2 per cent year-to-year to 162,854 units.

When it comes to all-electric car sales in the U.S., the German manufacture’s performance was quite weak. It sold just 909 units of all-electric cars during the quarter under review. The figure represents a steep year-over-year decline of 60 per cent.

The aforementioned drops in sales of the e-tron SUV and e-tron Sportback were too deep to be offset by the sales of new Audi e-tron GT, which attracted 462 buyers during its very first quarter on the market. In total, the e-trons sold 909 units, down 60 per cent year-over-year. The otherwise popular EVs accounted for 2.2 per cent share of the company’s total sales volume.

Unfortunately, the German manufacturer didn’t provide any details about its sales in the plug-in hybrid electric vehicles (PHEVs) segment.

However, most of the market analysts are of the view that such a steep decline in sales could not be due to fall in demand, rather it was due to supply chain issues/disruptions. Like many other major manufacturers, Audi’s production was adversely affected by supply chain issues or disruptions caused by worldwide shortage of semiconductor chips. The shortage of chips forced the German manufacturer to slow down the pace of its production and deliveries.

While Audi’s quarterly results showed a considerable decline year-over-year; year-to-date (YTD) results showed a growth of 51 per cent in sales. So far this year, the German manufacturer sold a total of 7,793 units of all-electric cars in the fast growing EV market of the U.S. Cumulative sales jumped to 20,364 units.