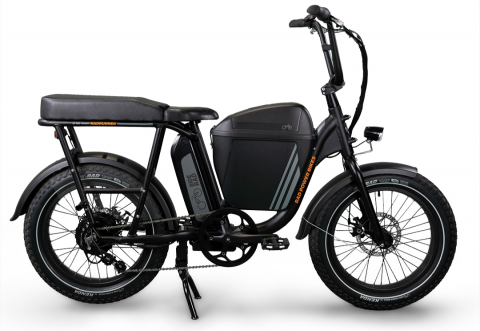 Rad Power Bikes, one of the largest electric bicycle (e-bike) manufacturers in the United States, has confirmed that it has increased the prices of many of its e-bikes to ease financial strain created by a "substantial" jump in input costs. Confirming the price hikes, the e-bike manufacturer said that a $100 increase has been made in the price tag of many of its widely popular models. Following the hikes, the RadRunner utility e-bike now costs $1,299, while the RadRover fat tire e-bike and the RadCity commuter e-bike costs $1,699 and $1,699, respectively. The RadRunner Plus is now available for $1,799, again $100 more from its previous price. The RadWagon electric cargo bike has been made costlier by $200 to $1,899.

Rad Power Bikes admitted that the decision of price hikes was taken to offset increased costs due to higher prices of raw-material. The blend of weakening dollar and end of e-bike tariff exemptions also impacted the company’s financial condition, which in turn forced it to think about price hike of its e-bikes.

The company said in a statement, “Rad is facing increased material and component costs across manufacturing, in addition to significantly higher transportation costs. Our first priority is always to ensure Rad can continue to offer our market-leading e-bikes and unparalleled customer service to our customers. To do this, Rad is increasing the prices of select bike models as of today.”

Rad Power is not the only American e-bike maker that has increased prices of its products as many other manufacturers have either already increased prices or they are thinking about it. San Diego-headquartered Juiced Bikes recently revealed that it would increase prices of all of its e-bikes by $100 to $200.

Tora Harris, founder of Juiced Bikes, explained that the company was forced to increase the prices of its e-bikes as it could no longer financially withstand the damaging impact of the current 25 per cent tariff imposed on almost all e-bike imports. It may be noted here that nearly 98 per cent of all e-bikes are sourced from China, thus they are subject to the tariff.