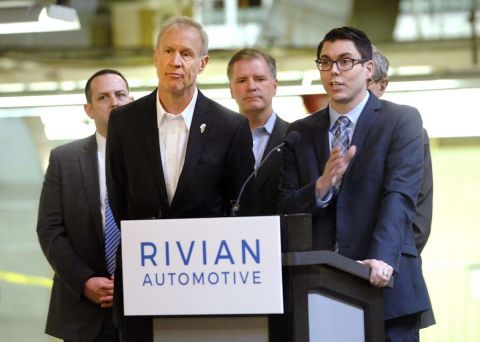 In a recent announcement, online retailer Amazon’s CEO Jeff Bezos has revealed that electric vehicle startup Rivian is planning to produce its third vehicle --- a new electric delivery van. The first image of the electric van has also been released by Rivian.

The announcement by Amazon about Rivian’s forthcoming electric van has come as a surprise. The startup, which came out of stealth mode in 2018, has previously unveiled two ‘adventure’-focused passenger electric vehicles (EVs) --- the R1T pickup truck and the R1S SUV.

After Amazon’s announcement, Rivian has unveiled an actual picture of the electric delivery van it will produce for Amazon. The picture unfolds a full-size commercial delivery van with a large wheelbase. The van features an ‘Amazon Prime’ decal, with a ‘powered by Rivian’ sign at the bottom.

The specifications of the electric delivery van have not yet been revealed by Rivian. Nonetheless, as per Bezos, the deliveries of the van will commence in 2021 and will likely be completed by 2024.