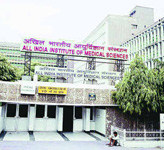 New Delhi: The Delhi High Court yesterday said that the MBBS degrees handed out recently by AIIMS management would be legal regardless of the fact that they did not include the obligatory signatures of the institution’s president and dean.

A Division Bench of Chief Justice M K Sharma and Justice Veena Birbal said, “We do not know whether there is any dispute in AIIMS or not. But these students, who are innocent, should not suffer because of all these things.”

Assigning an approval stamp on the degrees, the court stated, “We will address reservations of Health Minister and AIIMS president Anbumani Ramadoss and its dean Academics later during the hearing.”

In the mean time, the certifications issued by the AIIMS could be used by the students, the court said.
The substantial inspection came during the hearing on the appeal filed by a few Resident Doctors of the AIIMS who had got certain fears about the legality of the degrees that didn’t contain all required signatures of four authorities.

Mukta Gupta, appearing for the dean, Academics for the institution said, "The certificates were not valid ones and we are not going to put our signatures on them."

The judiciary took strong note of her declaration and gave verdict in favor of the students. The court, however, permitted the submissions of AIIMS President and Health Minister Ramadoss and Dean faculty members that they would issue separate certificates to the students. The next hearing on the matter is on September 3.