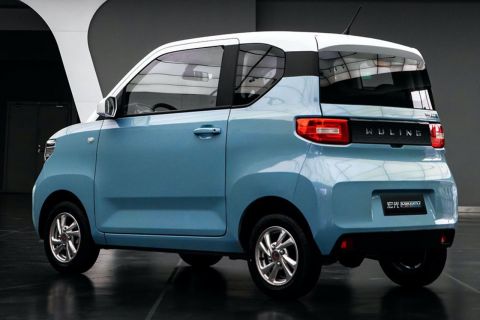 The sales of made-in-China Tesla Model 3 electric sedan decreased in May 2021, whereas the entry-level Wuling Hongguang MINI EV continued to enjoy an impressive growth in its sales volume during the same month, fresh stats revealed. According to stats released by the China Passenger Car Association (CPCA), the Wuling Hong Guang MINI EV sold a total of 29,706 units during the months of May this year, outshining the sales volumes of the Tesla Model Y and Tesla Model 3 EVs.

The Tesla Model 3, one of the world’s most popular EVs, reported sale of a total of 9,208 units; while the American EV giant’s Model Y reported sales of 12,728 units in the month under review.

On the basis of the aforementioned figures, the entry level Wuling Hong Guang MINI EV grabbed the top spot in the list of the made-in-China top-selling EVs. The Tesla Model Y and Model S emerged as the second best and third best in terms of sales.

However, CPCA made it clear that the figures represented wholesale shipments, and the number of registrations or deliveries.

It is not the first time when the Wuling Hong Guang Mini EV has outsold the world-famous Model 3 and Model Y. In the months of January and February this year, it sold more than 36,000 units and 20,000 units, respectively. With those figures, the China-made mini EV easily outshined the Tesla model 3 EV that attracted just around 21,500 in January and 13,700 units in February. Those figures stunned many as the Tesla Model 3 was previously the best-seller electric model in China.

The Wuling Hong Guang Mini EV, a comparatively small EV, has been manufactured by SAIC-GM-Wuling Automobile. In the twelve months starting June 2020, it has sold more than 260,000 units. That is a massive number representing daily average is more than 700 units. In the first six months of this year, it sold nearly 140,000 units. The Model 3 and the Model Y’s YTD numbers stood at 68,330 and 34,557, respectively.