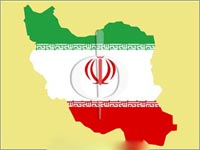 Tehran, June 22  Archeological studies have found that the female inhabitants of Iran's ancient site of Burnt City outlived the male members of their community.

Men died between the ages of 35 to 45, while women lived well into their 80s, Farzad Forouzanfar, head of the Burnt City archeology team, told Press TV.

Forouzanfar said that the area witnessed considerable population drops and that the number of the female inhabitants of the area was more than the males.

"The team also found that the remains of nearly 30,000 burials exist in Burnt City," he added.

Demographical studies also showed that over 6,000 people lived in Burnt City. Previous research had estimated the number to stand at 5,000.

Located near the city of Zabol in Sistan-Baluchestan Province, Burnt City spans more than 300,000 hectares and dates back to 5,200 years ago.

Four civilizations have lived in the city, which was burnt down three times and not rebuilt after the last fire.

Till date, the world's oldest animated picture, dice and backgammon set, the earliest known caraway seed and artificial eyeball have been found at the site. (ANI)