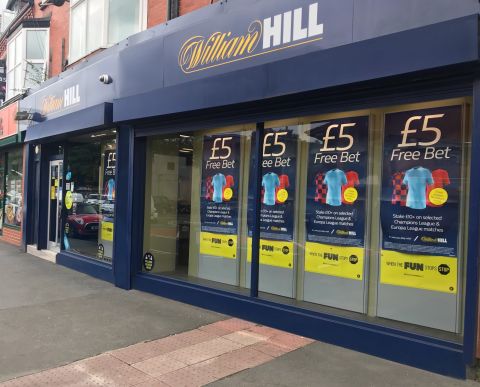 As Palms Casino Resort is preparing to resume operations after remaining absent from the Las Vegas gaming scene for more than a couple of years, William Hill is seeking to the state gaming regulator’s permission to run a sportsbook at venue.

The Nevada Gaming Control Board (NGCB) has confirmed that William Hill has applied to continue to operate a sportsbook at Palms Casino Resort, and that it would be discussed at its regulatory body’s April 6th meeting. The sportsbook operator’s application is for a non-restricted license, which would allow it to operate a race book and sports pool.

The regulatory document neither includes a recommendation from the NGCB nor a disposition from the Nevada Gaming Commission (NGC). However, there is no indication that William Hill’s Palms application will not be approved.

Prior to that deal, William Hill used to operate retail sportsbooks at a number of Las Vegas casinos, including the Cosmopolitan, Palms, Palazzo, and Venetian.

In May last year, Red Rock Resorts sold the closed Palms Casino Resort to California-based San Manuel Band of Mission Indians in a deal worth $650 million. That deal made the federally-recognized tribal nation the first tribe to own and operate a gambling-friendly venue in Las Vegas. The value of the deal shows that Red Rock suffered a big financial loss on Palms Casino Resort. Red Rock has purchased the venue from the Maloof family for $312.5 million in cash in the year of 2016. Later it spent additional amount of $690 million into enhancing the venue.

Following the offloading of the Palms Casino Resort, Red Rock left with three gaming properties: Fiesta Henderson, Texas Station and Fiesta Rancho. All these properties were shuttered due to the Covid-19 pandemic nearly three years ago.

As mentioned above, William Hill previously operated a sportsbook at the Palms Casino Resort, but it still requires the regulator’s approval for that endeavor again due to change in ownership.