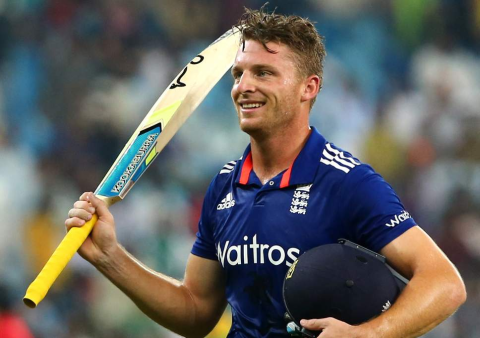 Wicket-keeper batsman Jos Buttler is having the best IPL season of his life in TATA IPL 2022. This English player is currently performing as an opening batsman for Rajasthan Royals. In a total of seven matches, Buttler has successfully scored 491 runs with a strike rate of 161.51 and an average of 81.83 per innings.

31 years old Jos slammed three centuries in such a short span along with two half-centuries. He smashed 41 boundaries and 32 over boundaries so far in this year 2022. Overall his statistics are forcing cricket experts to compare his season of the 2022 TATA IPL to Virat's 2016 IPL season.

The Indian batsman put together a stunning figure of 973 runs on the board while playing 16 matches. The record he set is hard for any batsman to reach. With 4 tons and 7 half-centuries, Virat succeeded to accomplish a new level in his career. If we analyze the numbers, the RCB Captain had an average score of 81.08 per innings and a strike rate of 152.03 which is remarkable.

In T20 format having the figures mentioned above is not something that happens often. Not just an individual, Virat has proved himself to be a great team player too. AB de Villiers and Kohli had an extraordinary partnership of 229 runs against Gujarat Lions in the 2016 IPL and Bangalore's home crowd witnessed a rain of boundaries coming from their team.

If we look closely this right-handed middle-order batsman was only short of 27 runs to complete a total of 1000 runs in one single season. No wonder in 2016 Kohli earned the Orange Cap too. It is important to mention that no batsman has ever surpassed 900 runs in IPL before the 2016 Cup.

To say Jos Buttler has a high chance of breaking Virat Kohli's record will be an understatement. If we do simple maths, yes, Buttler can even exceed Virat's numbers. Currently, this English player has an average of 81.83 runs and Rajasthan Royals still have seven matches left to play. If Jos Buttler can keep up his excellent form he can score above 1000 runs by which he will set a record for being the first batsman to enter the thousands club in the Indian Premier League.

“Jos Buttler has made a fabulous start to the IPL. He’s the best T20 batter in the world at the moment, by a mile.His array of shots and his execution of shots is unmatched, but I also love his calmness and his presence of mind in the middle,” Pietersen said in an interview on Betway.

With 5 wins in 7 matches, Rajasthan Royals have an increased possibility to be in the play-offs of TATA IPL 2022. So even if Butler fails to reach 1000 in the next seven matches he will also get the opportunity to run in the playoff games too.

What are your thoughts on this? Will Buttler break Kohli’s record?