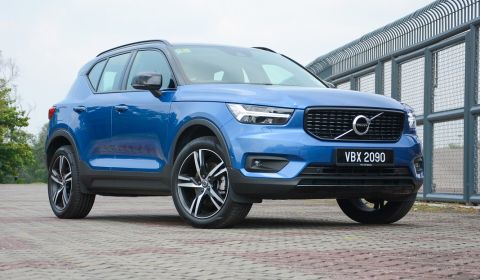 Pushing ahead with its ambitious goal to become an electric-only brand by 2030, Swedish multinational automaker Volvo has announced plans to set up a new EV-dedicated manufacturing plant in Europe.

To be built at a cost of around €1.2 billion (roughly US$1.25 billion), the planned manufacturing plant will be located in eastern Slovakia, located close to Kosice. The plant will feature an optimized layout and logistics flow, and offer the highest global standards in energy & environmental efficiency.
It will be in addition to Volvo Cars’ two existing plants in Europe – Torslanda plant in Sweden and Ghent plant in Belgium. Construction on the new manufacturing facility plant is expected to start in 2023, with equipment and production lines scheduled to be installed around a year later.

If everything goes as planned, the new plant will become fully operational sometime in 2026. It means that series production of Volvo’s next-generation BEVs at the new plant will take place 2026 onwards. As per preliminary estimates, the new European factory will gradually have the capability to produce 250,000 EVs per year.

The new manufacturing plant is expected to provide a significant boost to the local economy as it will generate several thousand new jobs in addition to a new source of tax revenue for the government. The company has also announced that the plant can get further expansion in the future, generating more temporary as well as permanent jobs. The automaker didn’t offer additional details about the EVs that will be built at the new factory in Slovakia.

Jim Rowan, chief executive Officer (CEO) of Volvo Cars, said that expansion in Europe is really crucial to the company’s shift from internal combustion engines to electric powertrains as the continent is the company’s largest sales region.

Speaking on the topic, Rowan said, “Expansion in Europe, our largest sales region, is crucial to our shift to electrification and continued growth. I am very pleased to expand our Volvo Cars production footprint into Slovakia and look forward to welcoming new colleagues and partners on the journey ahead.”

Set to become the 5th car manufacturing facility in Slovakia, the Swedish automaker’s upcoming factory will benefit from Kosice's strong logistical and transport links with the rest of Europe. It will make use of only climate neutral energy, which will support the company’s ambition to have climate neutral manufacturing operations by the mid of current decade.