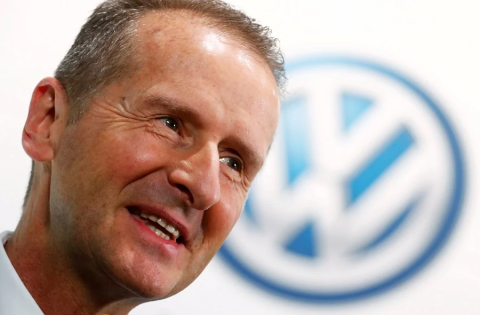 German carmaker Volkswagen AG and its partners have announced plans to invest €10 billion to make electric vehicles (EVs) and batteries in Spain. The figure is greater by €3 billion than what the manufacturing giant had previously committed.

In March this year, Volkswagen had revealed plans to invest €7 billion in Spain to produce EVs at two of its car factories and construct a battery plant in Spain, but CEO Herbert Diess now announced that the company and its partners had decided to hike the figure of planned investment to ten billion Euros.

Speaking at an event in Sagunto, Diess revealed that a significant part of the investment would go to four SEAT factories, including the Martorell factory near Barcelona and another factory in Pamplona.
Diess added that a full ecosystem of suppliers ranging from lithium extraction to the assembly of batteries would be created.

Revealing the new plans, the top executive said, “We will electrify the second-largest car producer in Europe (Spain) with a new giga-factory of batteries and the production of electric cars in two plants. We would create a full ecosystem of suppliers from lithium extraction to the assembly of batteries.”

The event was attended by Spanish Prime Minister Pedro Sanchez, who visited the site where the mega battery factory will be constructed. Part of the total amount is expected to come from the Strategic Project for Economic Recovery & Transformation program (PERTE). However, the application will need to be fruitfully approved by the government. Winners of the PERTE funds (the program consisting mostly of European Union (EU) pandemic relief funds) will be chosen later this year.

Construction of the 40-gigawatt-hour (GWh) battery plant is expected to start sometime in the first quarter of 2023, with serial production likely to commence by the year of 2026. By the end of current decade, the site will have a workforce of more than 3,000 people.

Volkswagen Group already owns multiple gigafactories in Europe, including Northvolt Ett plant (Northvolt) in Skellefteå area of northern Sweden. The German manufacturer holds 20 per cent stake in this factory and it is scheduled to start series production next year. The list of the group’s other European factories includes Salzgitter plant Germany, which is set to start production sometime in 2025. All these efforts are part of the group’s efforts to accelerate the process of electrification of its vehicles to slash its carbon footprint.