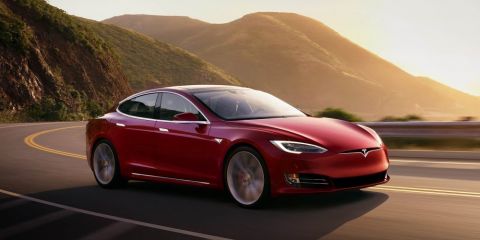 Owners of Tesla electric vehicles (EVs) will soon be able to remotely see what their vehicles see through Autopilot cameras, thanks to a planned update in Sentry Mode software. The exclusive Sentry Mode adds an additional layer of protection to Tesla EVs by continuously monitoring the environment around the vehicle when it is left unattended. Sentry Mode is off by default and it must be enabled by users. It makes use of the vehicle’s external cameras to detect potential threats. If a severe threat is detected, Sentry Mode switches to an “Alarm” state that activates the vehicle’s alarm, amplifies the brightness of the center display, and plays music at highest volume from the vehicle’s audio system.

According to local media reports, the Palo Alto, California-headquartered EV maker is planning a major software update to further enhance Sentry Mode, likely version 11. The update will reportedly be pushed to Tesla vehicles around the holidays.

While it remains uncertain what new features are going to be added to sentry Mode through the reported update; it is clear that the company is trying to better integrate its Sentry Mode feature into its mobile application. The integrated surveillance system inside Tesla EVs makes use of the Autopilot cameras installed the vehicle. It offers a lot of benefits, mainly when it comes to an unpleasant incident like vandalizing of the parked vehicle.

In many cases, videos captured by Sentry Mode system went viral, and the vandals were caught after online pressure. Law enforcement officials have often been seen using Sentry Mode videos while trying to solve certain cases.

The company built the feature on top of “TeslaCam,” a previously rolled out integrated dashcam system that has similar capability as Sentry mode but it was used only when a person is inside the car. Now, the well-known hacker ‘Green’, who is known for revealing Tesla’s new features in software updates, has reported that the automaker is working on allowing its EV owners to remotely livestream what their cars can see with their Autopilot cameras.

Revealing the new feature, Green said, “Well, the remote camera viewing seems to be in the wings, whenever they’ll drop it in 2020.48 or if they’ll postpone it again – I don’t know … Everything is apparently going to be handled through the app.”

Tesla CEO Elon Musk was recently talking about a holiday update, and following Green’s report, it is believed that the remote livestream feature must be part of that ‘surprise’ update.