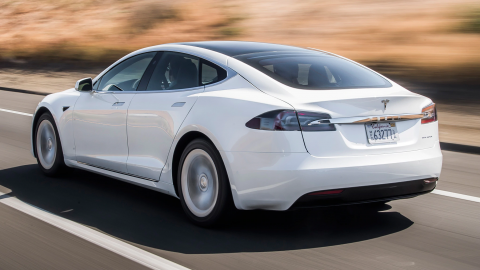 Tesla Motors, the world’s leading electric vehicle (EV) manufacturer, has confirmed it has issued a ‘voluntarily’ recall for all Model S and Model X vehicles to fix touchscreen problems caused by the eMMC issue that prompted the National Highway Traffic Safety Administration (NHTSA) to intervene recently.

Owners of older version of Tesla Model S and Model X vehicles have long been reporting some problems with their vehicles’ MCU units. The glitch makes the touchscreens less responsive, and the power-up time becomes longer. Sometimes, the screen freezes and it has to be rebooted. Some owners reported that the glitch led to total failure of their vehicles’ MCU unit.

Some industry experts are of the view that the aforementioned issues might be caused by a glitch in the embedded multimedia-card memory (eMMC) in the MCU and that it happens when the card is overwritten to the point of failure.

The EV manufacturer introduced a new MCU in 2018 that is reportedly not affected by the glitch. But, owners of older vehicles (2012 to March 2018) continue to experience the issue. Many opted to replace the defective units out of warranty, despite the fact that the defect was due to the company’s mistake.

Yesterday, Tesla sent out emails to owners of Model S and Model X EVs to inform them about the problematic eMMC and the recall.

In the emails, the EV manufacturer wrote, “Tesla has decided to voluntarily recall certain Model S and Model X vehicles built before March 2018 that are equipped with an 8GB embedded MultiMediaCard (eMMC) in the media control unit because the eMMC may malfunction due to accumulated wear.”

The number of complaints grew so high that the NHTSA launched an official probe into the matter. Earlier this month, the watchdog asked the EV manufacturer to recall the affected vehicles. Thus, Tesla’s voluntary recall is not voluntary in true sense.

The NHTSA took the matter seriously as many important functions can be accesses only through the touchscreen/MCU in the Model S and Model X. The glitch may cause safety issues as it may make it difficult for the driver to use windshield defogging and defrosting systems, which may increase the risk of accident by reducing the driver's visibility in rough weather conditions.