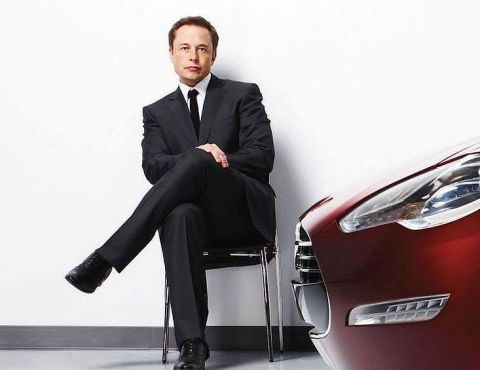 The future of the automotive industry will be shaped by software, and Chinese automobile manufacturers are most competitive on that front, Tesla CEO Elon Musk said recently. Praising Chinese automobile companies for working on software improvement, Musk said that some of them are very good at software technologies, which makes them most competitive with EV pioneer Tesla. Lauding Chinese car makers, the billionaire entrepreneur also stressed that China offers a great potential as a market for electric vehicles (EVs).

Musk made the comments during a pre-recorded speech at the 2021 World New Energy Vehicle Congress, which recently took place in Hainan, China – the world’s largest car market. He also pointed to the fact that the EV segment of the automobile industry has reached a never before seen inflection point.

In the pre-recorded three-minute speech, Musk said, “I have a great deal of respect for the many Chinese automakers for driving these technologies. My frank observation is that Chinese automobile companies are the most competitive in the world, especially because some are very good at software.”

Stressing on the unprecedented success of electric cars over the past few years, he added that public sentiment and support for EVs is at a never before seen inflection point because everyone knows that it is the future.

After lauding Chinese automobile manufacturers during his short appearance at the 2021 World New Energy Vehicle Congress, the American entrepreneur praised China again later in the day. Replying to a tweet from China’s Xinhua News Agency on the completion of a three-month space mission, he congratulated the country on the successful mission.

Undoubtedly, a number of Chinese EV startups, including Nio and Xpeng, have achieved a lot in the field of software, thanks to their focus on driving assistance technologies. It may be noted here that major automakers around the world, including Tesla and Xpeng, are putting a lot of focus on software as part of their efforts make cars totally autonomous or self-driving sometime in the future.

However, Musk also pointed to the issue of data security. He said that security of data isn’t only the responsibility of a single entity but also the cornerstone of the development of the whole automobile industry. He stressed that his company would work to ensure data security of intelligent and connected vehicles, while also contributing to a digitized future of shared benefits and responsibilities.