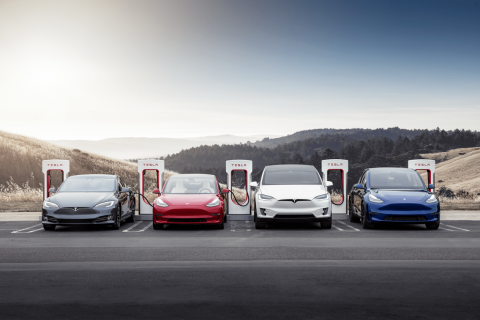 Tesla Motors, electric vehicle pioneer and clean energy giant based in Palo Alto of California, has announced that it expanding its existing Supercharger station at Harris Ranch in the Golden State to create the world’s largest EV charging facility.

The Harris Ranch Supercharge, which is located at 24505 W Dorris Ave, Coalinga in the U.S. state of California, is one of Tesla’s oldest as well as and most important EV fast-charging stations. It is important because it is strategically located between Los Angeles and the Bay Area, which are two of the company’s biggest markets.

The plans were also confirmed by Tesla’s propriety partner Harris Ranch Inn & Restaurant, which used social-networking platform Facebook to inform the public about the planned expansion of the facility.

Announcing the plans, Harris Ranch Inn & Restaurant said, “We are excited to announce that Tesla has applied for the construction of the world’s largest Supercharger, which could consist of more than 100 stalls, and will be located right here at Harris Ranch in Coalinga, California.”

But, the new restructured Harris Ranch Supercharger will obviously be the world’s largest as its more than 100 fast-charging stall will dwarf both of the aforementioned stations. As per available information, Tesla is installing the new Superchargers with 250kW V3 technology.

In addition to installing new Superchargers, Tesla will deploy energy storage solutions at the at the new updated Supercharger station to potentially save high demand charges during peak hours that plague the Golden State during the summer months.