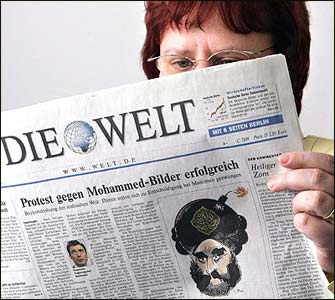 It said Syria's military intelligence chief, Assef Shaukat, had plotted to seize power while Assad was hosting an Arab League meeting in Damascus in February. Shaukat, who is an in-law to the president, and 100 intelligence officers had been arrested.

Die Welt said Assad had been tipped off by Imad Mughniyah, a senior member of the Iranian-backed Hezbollah organization in Lebanon. Mughniyah was killed a few days later in a bomb blast on February 12 in Damascus.

The sources said it was possible that associates of Shaukat had assassinated him in revenge. Releasing the story Friday in advance of going to print, Die Welt said some of the plotters were allegedly linked to violent Islamist groups.

Die Welt said the Syrian embassy in Berlin had rejected the coup story as utterly untrue. Without naming a source, the newspaper said German diplomats were aware of the coup story but had not been able to confirm it as fact. (dpa)