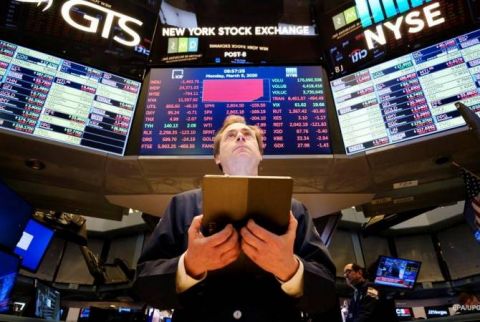 S&P 500 has jumped by nearly 52 percent from the lows seen during panic selling in March 2020. While majority of stocks witnessed yearly or multi-year lows during March 2020 selling, the recovery has been swift and very steady. Market players have grown confident and many companies have reported better-than-expected quarterly results. S&P 500 is trading at fresh highs and market valuation has surged by USD 13 trillion in five months.

As per a Bloomberg report, shorts by hedge funds are at 16-year low and markets aren’t feeling selling pressure at higher levels. The bears have disappeared from the market, at least for the moment. The bullish sentiment has taken over.

Many markets players also blame the market exuberance on Robinhood traders that entered the market during pandemic. Robinhood is a highly popular app for stock trading and majority of traders on this app are novice traders, termed as Robinhood traders by experienced market players. And, these new entrants in the markets have picked up new technology stocks and led them to new highs. Tesla, Apple, Google, Netflix and Amazon have been major gainers in the last few months.

“It looks like all those fund managers over the past quarter went from being bearish and expecting a stock market crash to now bullish,” Shawn Cruz, senior market strategist at TD Ameritrade, said in an interview. “Sentiment’s turned positive about equities in general but also sentiment is turning positive for a return to growth.”

As an interesting development, Goldman Sachs basket of the most-hated stocks has almost doubled since the market’s bottom in March 2020. This is hard to believe for many experienced traders as markets have turned from panic mode to bullish sentiment.