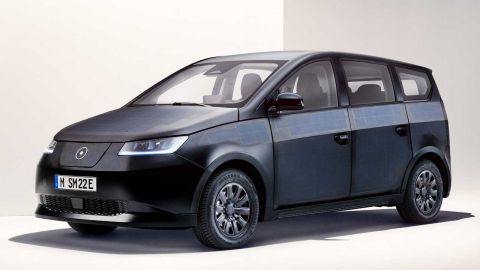 Sono Motors GmbH, a German tech startup working on the development of the electric solar car called Sono Sion, has announced that it has bagged a significant order for its solar EV from Munich-based car subscription service FINN.

Making the encouraging announcement, the German startup explained that a non-binding reservation order for 5,500 units of Sion EVs was initially placed in 2020. Now, FINN intends to reserve and purchase a total of 12,600 units of the solar EV to create a sustainable fleet to achieve its environment-friendly goals. As the car subscription service had already reserved more than five thousand units of the Sion EV around a couple of years back, the new accord represents just an expansion of the initial order.

With signing a letter of intent concerning the reservation and purchase of the aforementioned number of Sion vehicles, the two companies have reached a final accord regarding cooperation with each other starting in 2023. The Munich-based startup has plans to start series production of the Sion sometime in the second half of next year.

Deliveries of Sion EVs to FINN are expected to commence sometime in the year of 2024 with a batch of one hundred units. After that, 2,500 units will be delivered per annum, until all of the 12,600 units get delivered. FINN will use the entire fleet for its Sion cars for its subscription service in the country.

Sion deliveries to FINN are still more than a year away, but FINN is already offering a discount of €500 for a car subscription in Germany to reduce the waiting period.

Above and beyond the significant order from FINN, Sono has as many as 20,000 direct consumer (B2C) reservations as of 1st of September this year, with an average down-payment of around €2,000. Orders from private customers are as good as a net sales volume of around €435 million.

The Sion solar EV is expected to go on sale with a starting price tag of around €25,000, which could make it the world’s first Solar Electric Vehicle for the masses.