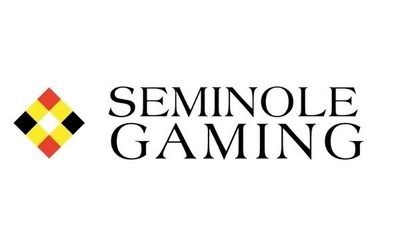 Seminole Gaming, the gaming arm of federally-recognized Seminole Tribe of Florida, continues to push ahead with its plan to launch sports betting across the state even as two rival gaming operators have filed their second federal lawsuit seeking to halt the plan.

In the recently filed suit, the Magic City Casino and the Bonita Springs Poker Room argued that the gaming compact signed between the Seminoles Tribe breached the law of the land. As the compact has already been approved by the U.S. Department of Interior (DoI), the federal suit filed in the Washington D.C. federal district court targets the U.S. Interior Secretary Deb Haaland as well as the DoI. It may be noted here that the DoI has oversight authority on issues related to tribal gaming.

The Magic City Casino and the Bonita Springs Poker Room, both owned by Southwest Florida Enterprises, are seeking the federal court to declare the gaming compact signed between the Seminole Tribe and Florida state officials null & void.

The plaintiffs argue that the gaming compact is illegal simply because it permits the tribe to operate gaming off tribal lands, which is not in line with the Indian Gaming Regulatory Act (IGRA). A law enacted in 1986 states that any sort of Class III gaming, including sports betting, can be allowed to take place only in the sovereign territory of the participating tribe.

According to the suit, the compact tries to work around IGRA as well as the Florida Constitution. The plaintiffs point to law language in the compact and the affiliated implementation that deems wagers placed anywhere in the state will be considered to have occurred on the Seminole’s reserved territory.

On the other hand, Seminole Tribe and Seminole Gaming’s spokesperson Gary Bitner insisted that the tribe would go on with the planned launch of the sports betting as the plan has been approved by federal authorities.

Speaking on the issue, Bitner said, “The Gaming Compact is now in effect. It has been agreed to by the Governor and the Seminole Tribe, approved overwhelmingly by the Florida Legislature, and deemed approved by the U.S. Department of the Interior. It has the support of two-thirds of Floridians.”

Seminole Gaming officials are hopeful that sports betting should go live in the Sunshine State in or around October this year; of course, if the federal court doesn’t side with the plaintiffs.