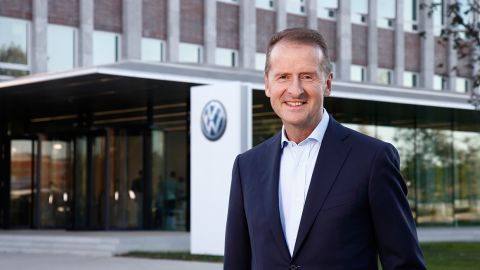 The automobile industry will be transformed more by the self-driving or autonomous technology than the electrification of vehicles, Volkswagen (VW) CEO Herbert Diess said. Wolfsburg, Germany-headquartered VW is undergoing a massive industrial overhaul as it is shifting its focus from conventional internal combustion engines (ICEs) to EVs.

VW is retooling its assembly lines across the globe and plotting nearly half a dozen EV battery plants. But, CEO Diess said the real transformation will be brought by autonomous or self-driving technology and not by electrification of vehicles.

In an interview for Bloomberg’s Qatar Economic Forum, Diess said the autonomous technology would make automobiles really different. He stressed that VW is in a good position to remain a very strong player in the field of automotive world in the future.

Speaking on the topic, Diess said, “This change will transform the industry more than EVs or the electrification does. The car becomes so different when it’s driving autonomously …We’re in quite a good position to remain a very strong player in this future automotive world, in ‘new auto,’ as we call it.”

The views of VW’s top executive may surprise some automobile industry observers, but it is a fact that most of the major automakers have already embarked on the path of self-driving technology.

Despite the fact that driverless technology is taking longer than expected time to become a reality, automakers continue to pump billions of dollars into their efforts to automate driving. According to consulting firm AlixPartners, driverless technology will become more affordable for the masses as the cost of fully autonomous systems will likely drop at least 60 per cent by the end of 2030.

VW has plans to invest nearly 2.5 billion Euros (US$3 billion) per annum to boost its software capabilities. It has joined forces with Ford and affiliate Argo AI LLC in the U.S. to create produce autonomous vehicles, and the project is making good progress. In China, the German automaker has partnered with local some tech firms to be among the first to offer autonomous vehicles.