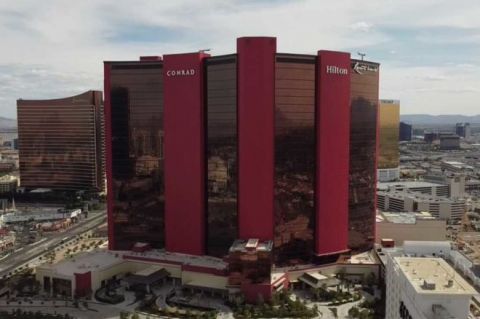 Resorts World Las Vegas, the first integrated casino resort to be built on the Las Vegas Strip (LVS) in more than a decade, recently staged a grand opening that attracted a number of celebrities and received praise from many who attended.

The new hotel-casino officially opened its doors to the public at 11 pm on Thursday with an eye-catching fireworks show. Owned by the Malaysian casino operator Genting Group, the integrated resort features three Hilton-branded hotels, each of which has its own entrance.

The grand opening of the gambling & entertainment property attracted a number of celebrities and high profile personalities. Among the celebrities who attended the grand opening ceremony was Paris Hilton, who openly supported pop star Britney Spears in her legal battle. The pop star, who didn’t attend the opening ceremony, is seeking to end the court-ordered conservatorship that allows her father to control her career as well as finances. The next hearing in the case is scheduled to take place on 14th of July.

Steve Sisolak, the Democratic governor of Nevada; Derek Stevens, the owner of Circa Resort; and Mark Davis, the 66-year-old owner of NFL team Las Vegas Raiders, also attended the grand opening ceremony of the new hotel-casino on the Strip.

Davis attended the grand opening just a day after he suffered a minor auto accident at a local shopping center. Media outlets reported that he was spotted laughing and gambling at the new gaming property.

The gaming property received generally positive reviews. The Democratic governor of the state praised it, saying it set a new standard, raising the bar very high.

When asked for a comment on the new gaming property, Gov. Sisolak said, “It is so magnificent, it is so phenomenal, so over the top. It’s setting a new standard, and it’s raising the bar very, very high.”