Removal of Roadster supercar from Tesla website was an error: Elon Musk 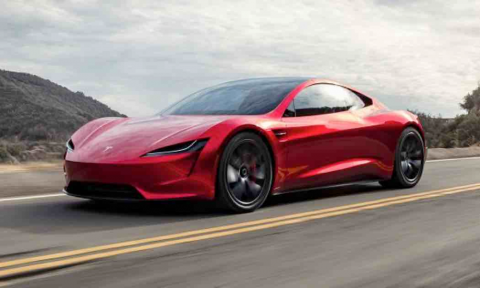 Tesla Motors CEO Elon Musk has assured Roadster reservation holders that the all-electric supercar’s removal from the company’s official website was just a mistake, and that it would be included in the top menu once it enters the production phase.

The EV manufacturer recently gave a scare to Roadster reservation holders, who deposited thousands of dollars in advance to get to one of the very first batch of the all-electric car, by ‘removing’ the supercar from its official website.

The next-generation Tesla Roadster was first introduced in the year of 2017, with the announcement that it would hit the market in 2020. The process of taking reservations for the electric supercar was initiated earlier this year. Those who wanted to be first in line to get a hold of the supercar had to place $50,000 to $250,000 in deposits.

The supercar had been showing on the front and center of the company’s official website, but it suddenly disappeared, scaring all those who had placed considerable amounts in deposits.

CEO Musk assured Roadster reservation holders that it’s just a mistake. He explained that the supercar is actually still on the website, though it is just not on the front and center anymore. He also stressed that the vehicle will return to the top menu once it enters the production phase. But he did not elaborate on when the company will start production of the much-awaited next generation supercar.

Earlier in 2020, Musk dropped strong hints that the release of the Tesla Roadster was being delayed all the way to 2022 as the company turned its focus on the Cybertruck. More recently in July, during the release of Tesla’s second-quarter results, Musk hinted that Roadster production could start within 12 months.

The lack of clarity over the production and release of the supercar continues to worry Roadster reservation holders, some of whom said they might lose the enthusiasm that they currently have to get the supercar.

The Palo Alto, California-headquartered EV maker’s next-generation Tesla Roadster is the successor to the company’s first production car, the 2008 Roadster. It is capable of 0 to 60 miles per hour (mph) in just 1.9 seconds, which is quicker than any street legal production car to date. Its other striking features include top speed of more than 250 mph, wheel torque of 10,000 Nm and range of 620 miles on single full charge.