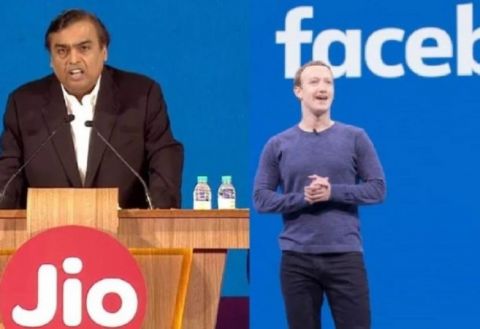 Facebook recently announced investment in Reliance Platforms and the deal will boost Reliance Jio’s presence in Indian retail via Facebook’s social networking app WhatsApp. Among Indian users, WhatsApp remains the most used mobile app for communication. Reliance Jio’s products will be available for purchase via WhatsApp and the company is already running a pilot project in Mumbai.

Ajit Mohan Managing Director Facebook India said during an interview with Hindu Business Line that Facebook aims to enable small businesses to reach a wider user base and the deal with Reliance will help develop the network. Amazon and Flipkart are ruling the online retail segment in India and Reliance Jio is planning a major move in online retail sales segment. With Facebook and Reliance joining hands, Amazon and Flipkart (owned by Wal-Mart) will face a major threat.

As per Ajit Mohan, Facebook and Reliance have agreed to look at working together to fundamentally open new doors for the digital ecosystem with a particular focus on small businesses. Facebook is also planning to launch WhatsApp payments platform in which users will be able to pay from within the app. It will be easier for people to buy once they don’t have to leave the app. At a later stage, Facebook is also planning to offer similar level of integration on its platforms Instagram and Facebook.

Talking about Facebook’s aim to improve the digital ecosystem via WhatsApp, Mohan said, “With the Jio Platform investment, the first idea that we’re exploring is on WhatsApp. WhatsApp is encrypted, we are not able to see the messages, but we see it from observed behaviour that people use WhatsApp to communicate with their local stores, whether it’s the local kirana or the local pharmacy.”