Reliance Stake Sale to Amazon Looks Like a Strange Deal 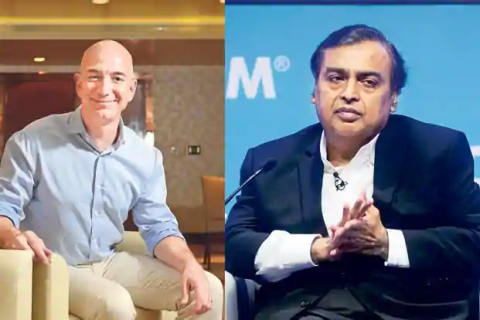 Reliance has been announcing deal after deal for stake sale in its Jio Platforms and many companies have invested in the fast growing network. Reliance Industries has network, money power and resources to get things done in India and it makes sense for technology giants to pick up stake in Jio Platforms as this is one the best ways they could hop-on the best telecom and technology platform in India that has been growing at tremendous pace. And, Mukesh Ambani has been picking up investments from big funds and technology companies across the world.

The fund raising spree has helped Reliance Industries turn debt-free much earlier than the target timeline. This has resulted in tremendous value creation for Reliance Industries shareholders and for Mr. Ambani as well. And, Reliance surprised markets by announcing deal after deal, bringing big investors onboard. The billions of dollars worth investments led to rise in investments in India during second quarter despite ongoing COVID-19 pandemic. Reliance stock price touched all time high, turning Ambani into the fifth richest person in the world.

However, recent news of Amazon planning to buy stake in Reliance Retail looks like a strange deal. Why would Reliance partner with Amazon when the company has been looking forward to compete with Amazon in online sales network. And, why would Amazon want to pick up stake in a company that would be a serious challenger to its operations and mega-investment plans for Indian online retail. And, Reliance Retail is a venture that is mostly dealing with offline retail. What would be Amazon’s interest in offline supermarkets network in India, that too run by one the best managed companies in India.

The whole idea of this deal looks strange. These are just rumors and Reliance or Amazon hasn’t yet confirmed about the stake sale in Reliance Retail. We would know more once the details of this deal emerge. And, Ambani’s Reliance Industries is in a very strong position right now. The company is debt-free, the stock is touching new all-time highs every week, the business is growing and Reliance is also considering stake sale in its energy venture.

(This is a developing story. TopNews will keep updating with new details as they emerge).