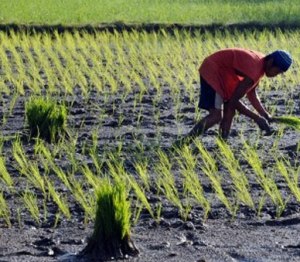 Mumbai : The impact of weak monsoon so far this year on India's farm production and economy is likely to be limited, the central bank said today, as rainfall levels have improved considerably over the past one month.

In its annual report for 2013-14 released Thursday, the RBI said even if the rainfall is normal in rest of the monsoon season (June to September), some deficiency will stay but it will not have a debilitating impact on the economy.

"The adverse impact of lower rainfalls on growth, inflation, fiscal and trade deficits is expected to be limited as on the current reckoning the deficiency in quantitative and qualitative terms is likely to be much less than that in 2009 (a drought year)," the RBI report said.

As of August 13, the all-India cumulative rainfall deficiency stood at 18 percent of the long period average (LPA) as against an excess of 12 per cent in the same period last year.

There has been a marked improvement in the monsoon, which is crucial for agriculture - a source of livelihood for a majority in the country - since July 13 when the deficiency was a whopping 43 percent.

The report said the area sown under kharif crops was 2.3 percent lower than the normal but 8.9 percent higher than the 2009 drought year.

Moreover, the difference between kharif (summer) and rabi (winter) crops have evened out in the past few years, thus eliminating a massive impact on food production due to rainfall shortfall this season.

"On an average basis, for the last five years, rabi crops accounted for 50.7 percent of total foodgrains output," RBI said, adding "based on the sowing data, it appears that the drop in output may now be restricted mainly to coarse cereals and pulses."

As such, the odds are that agriculture and allied sector could make a positive contribution to overall growth as was the case even in 2009-10, the report said.

The RBI said current water levels in reservoirs are a source of comfort. As of August 13, 85 major reservoirs had 14 percent higher water levels than the average over the last 10 years, though it was 12 percent lower than last year's level on the comparable date.

It said in case monsoon weakens again in the rest of the season, there was a risk of modest adverse impact on power production due to fall in water levels of reservoirs.

However, overall prospects for electricity generation remains encouraging despite the likelihood of hydro-power generation decelerating from 18.6 percent growth registered in the previous year, the report said. In the thermal power segment, that accounts for nearly 82 percent of total generation, new capacities planned for the year are expected to add 8.9 percent to overall installed capacity.

Even the installed nuclear power capacity is expected to go up by 41.8 percent in the year, the central bank said.

"Thus, any losses in hydro-power are expected to be more than fully compensated by increased thermal and nuclear power, and electricity production could register reasonably good growth," the report said.