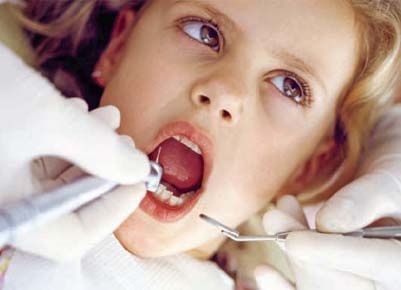 Cologne  - There was a time when every tooth cavity was automatically filled with an amalgam, or metallic, filling. But today, patients have their choice of fillings.

However, it's easy to lose track of the pro's and con's of the different options.

"First you have to decide between hard and soft fillings," says Dirk Kropp of the ProDente, a coalition of German professional and industry groups in the dental sector.

Soft fillings, like amalgam or composites, can seal smaller holes in teeth. "They're mixed right in the dentist's office and harden once they're put into the tooth," explains Kropp.

Harder fillings like gold or ceramics are only used for larger holes and have to be readied in a special dental technology laboratory before they can be anchored to the tooth with cement or a special bonding agent. There are also newer options like inlays and outlays.

Aesthetics also play a role in picking filling materials today. "Ceramics and composites can be matched to tooth colour," says Kropp. Differently coloured materials like gold and amalgam are only used - if even then - for teeth in the back of the mouth.

Patients should think about the properties of the different filling materials. "There's a reason amalgam has been used for fillings for over 100 years. It has definite advantages," says Kropp.

"With composite fillings, it's possible that the high shrinking factor could lead to micro gaps between the tooth and filling during hardening." Cavities can then develop in these areas. With amalgam, there's usually a near-perfect seal with the tooth.

However, there have been suspicions for years that amalgam can cause headaches, depression and vision problems. However, there's been no way to prove that scientifically.

Indeed, a 12-year study by a clinic in Munich came to the conclusion that there was no link between the number of amalgam fillings and the manifestation of certain symptoms.

Nonetheless, there's reason to think that there is a link between the amount of time the fillings have been in use and the manifestation of the complaints, according to the results of a survey of patients who had made complaints against a manufacturer of the amalgam products.

Hard fillings like gold or ceramics stand out because of their endurance. Depending on the kind, a gold filling can last for 30 years. Ceramics usually last for 10 to 12 years, amalgam for eight to 10 while composite fillings only hold up for four to nine years.

"These figures are based on statistical averages," says Uwe Niekusch of a patients' consulting group in Germany. Lifespans are determined by the way the dentist worked with the filling and by the individual's dental health care.

Patients should also learn about the costs of the different filling materials. Some insurers will cover the entire cost of an amalgam filling, but in other cases patients have to carry the costs themselves.

The same applies for hard fillings like gold and ceramics. In these cases, the insurer only pays up to the amount a procedure with an amalgam filling would cost. The insured carries the cost difference, says Haerschel.

Allergies, illness and pre-existing fillings all need to be considered as well. Niekusch warns against using fillings made of multiple metals, since these can have chemical reactions that lead to corrosion, for example.

If a patient has a choice between a filling and an inlay, he should pick the filling, even if it doesn't last as long as an inlay. Services only available through private insurers, like an inlay, don't automatically equal a better treatment. (dpa)