Playson’s popular slots to be available through Bulgarian operator Inbet 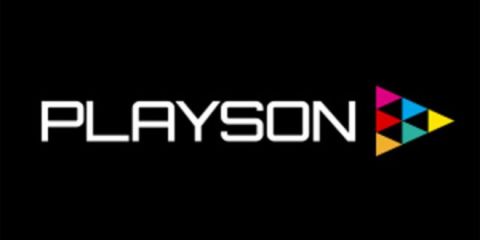 Fast-growing digital entertainment supplier Playson has announced the signing of a commercial partnership deal with Bulgarian operator Inbet that will see it supply its widely-popular slots to the land-based casino group.

Under the terms of the newly-signed agreement, the Sofia-headquartered operator will be responsible for integrating a selection of Playson’s classic slot titles with its new online platform inbet.com. The list of slots includes a number of player-favorites such as Divine Dragon: Hold & Win, Wolf Power: Hold & Win and Stars & Fruits: Double Hit. The large collection Playson’s classic slots have already proven consistently very popular among iGaming enthusiasts in and around CEE countries.

In addition, Inbet will leverage a series of innovative features like the ‘Double Hit’ mechanic, which was initially incorporated in a Playson slot in March last year. It allows gamers to spin across two game fields simultaneously, guaranteeing a win when scatter emerges across both of them.

When asked for a comment on the new commercial agreement, Playson’s Sales Director Blanka Homor said that he and his team members were thrilled to be a part of the exciting new projects with Inbet.

Speaking on the topic, Homer described, “Teaming up with such a rapidly growing operator as Inbet is a fantastic step for us, and we are thrilled to be a part of its exciting new projects. Our high-tech titles have proved consistently popular among players in and around the CEE countries, and we can’t wait to continue attracting audiences in that region and beyond.”

The deal has been announced around just a few weeks after the launch of the latest title in the company’s growing suite of ‘book’ themed slots, viz. Book del Sol: Multiplier. It is the sixth release behind titles like Book of Gold: Multichance and Book of Gold: Symbol Choice.

In the five-reel, three-row slot, players are taken to the ancient Mesoamerican civilization, where they are presented with symbols like a leopard, a conquistador, Aztec face masks that are inspired by the legendary empire. A golden book of mysteries serves as the Scatter. As per the content supplier’s claims, the newest book-themed title delivers a highly entertaining experience.

The latest commercial partnership with Inbet further expands the iGaming content provider’s customer reach in the CEE region where the company has tied-up with a number of leading operators.