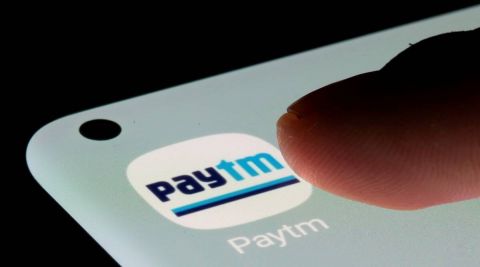 As per viewpoint of TopNews stock market team, PAYTM doesn't deserve the valuations it has received, considering the financial numbers. There is a lot of competition in the space and there are already bigger players in this segment that can be considered as a major threat for PAYTM. But, markets sometimes take a lot of time before realizing the real value of a company.

Comments from some market experts on PAYTM listing follow...

Paytm lists at a 9% discount and has corrected almost 25% post listing. It was incidental from the weak response received from the public as the retail portion was subscribed only 1.66 times & NII 0.24 times. Also, It`s a loss-making company as it declared a net loss of 4230Cr, 2942Cr & 1701Cr respectively for FY19, FY 20 & FY21. Short-term investors might remain in this counter as we might see some pullback but we don`t expect any momentum in long-term so long-term investors may take the exit and wait for declines and to check the roadmap of development in the coming days before adding to the portfolios.

Paytm, formally called One97 Communications debuts today at exchanges which saw a dull response and got subscribed only 1.89 times from the investors which is much lower compared to the other recently listed companies. The company has been loss-making and there is no sign to turn profitable in near future. The company got listed at 1950 apiece on NSE which was in line with our estimates.

Aggressive investors who got the allotment can hold the stock with a long-term view however the investors who applied for listing gain can exit on the bounceback. New investors are advised to look for other opportunities where other new edge companies can perform much better than PAYTM. We feel due to the brand the company sought high valuation and it might see a correction in the near term.

Paytm, The biggest IPO in India so far debuted the secondary market on a weaker note as compared to our expectations of a flat listing. The company has a huge customer base with strong brand positioning and it has an early mover advantage in digital payment services however it is still a loss-making company and very aggressively priced therefore we saw a tepid response in terms of subscriptions. It is difficult to value such kind companies for time being but by the time market will understand the way to value such kinds of businesses where the market will focus on how fast it will become profitable and how well it will use its strength to explore new businesses like Credit card and Payment banking. I would suggest only aggressive investors hold this stock for the long term amid uncertainty where I believe Bajaj Finserv is a much better option to play on Fintech businesses because Bajaj Finserv has a proven track record with great comfort of valuations compared to Paytm. Those who played for listing gain should keep a stop loss below 1720 which is 20% lower than the issue price.