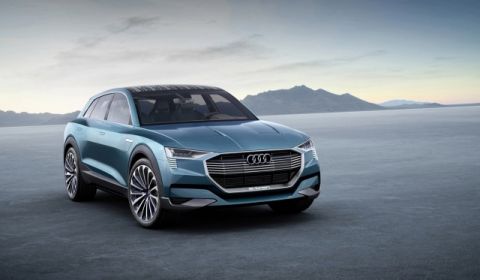 According to a recent Autocar report, German automaker Audi has plans underway to accelerate its development of fuel cell electric vehicles (FCEVs). The report is based on the information shared by Audi CEO Bram Schot.

Audi’s intentions to intensify FCEV development are noteworthy, especially against the backdrop of the fact that its parent company Volkswagen Group is chiefly focused on battery electric mobility.

About Audi’s FCEV plans, Schot said that the automaker “really” wants to speed up its development of FCEVs, and added: “We will give more priority to hydrogen fuel cells – more money, more capacity and more confidence.”

Audi is reportedly spearheading fuel cell development for the entire Volkswagen Group. The task is being undertaken by Audi at the Fuel Cell Competence Center which is located at the automaker’s Neckarsulm site

Although Audi has not yet set a detailed schedule in terms of series production of FCEV models, Schot has expressed hope for such a possibility in the second half of the next decade. Schot has also revealed that Audi is aiming to unveil the prototype vehicle marking the sixth fuel cell generation before the end of 2019. He hinted that a small-series model built at the Neckarsulm site might be offered by Audi from 2021, as part of a leasing programme.