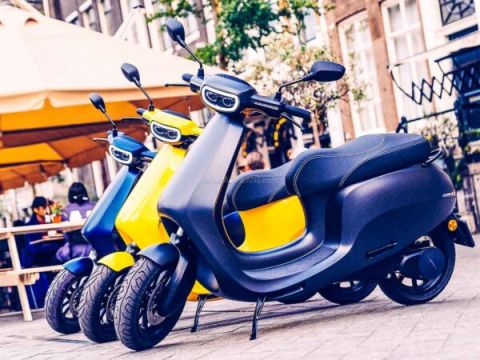 Ola Electric, an Indian electric two-wheeler startup, has confirmed that it has signed a long-term debt financing agreement with Bank of Baroda to fund its mega factory in the state of Tamil Nadu. The Bengaluru-based electric two-wheeler startup said that it signed a 10-year financing/debt agreement with Bank of Baroda to get $100 million towards funding and financial closure of phase 1 of the Ola Futurefactory, the company’s global manufacturing hub for its EVs.

In December last year, the startup had announced that it would invest Rs 2,400 crore ($24 billion) for setting up phase 1 of the factory.

Ola Group’s Chairman & group chief executive, Bhavish Aggarwal, said that the agreement with bank of Baroda signaled the confidence of the institutional lenders in the company’s plans to build the world’s largest electric two-wheeler factory.

Speaking on the topic, Mr. Aggarwal said, “Today’s (Monday’s) agreement for long-term debt financing between Ola and Bank of Baroda signals the confidence of the institutional lenders in our plans to build the world’s largest two-wheeler factory in record time. We are happy that Bank of Baroda has joined us in our journey.”

The Ola Futurefactory is being constructed on a 500-acre patch of land in Tamil Nadu, which lies in the southernmost part of the Indian subcontinent. According to the company’s claims, it will eventually gain production capacity of 10 million vehicles annually, becoming the world’s biggest two-wheeler plant.

The first phase of the mega factory is almost complete, and production trials of the eagerly-anticipated Ola Scooter are expected to commence in the near future. It will also serve as the global EV hub for Ola for a range of its electric two-wheelers.

In July 2019, the company had raised $250 million from Masayoshi Son’s SoftBank. At the time, the startup was just a two-year old. That investment made the startup a “unicorn”, a venture valued at more than $1 billion.

While the pricing and specifications of the much-awaited Ola electric scooter are yet to be disclosed, the company has revealed that it is working on setting up a 'Hypercharger Network' to install 100 thousand charging points across 400 cities in the country.

Mr. Aggarwal recently shared a video of him riding an Ola e-scooter, triggering speculations that the much-awaited electric two-wheeler will be launched sooner than later.