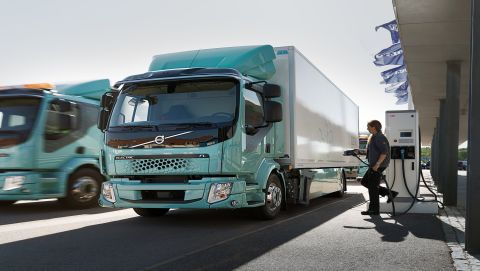 Pushing ahead with its fleet electrification plans, the Norwegian Postal Service has placed an order for more than two dozen battery-electric trucks from Volvo Trucks. The Norwegian Postal Service’s press officer, Kenneth Tjønndal Pettersen, announced that a total of 29 battery-electric trucks Volvo commercial EVs (FL and FE models) have been ordered. This is, in fact, a follow-up order as an order for three units was previously placed in 2021.

Volvo Trucks Corporation, one of the world’s largest manufacturers of heavy-duty trucks, has also confirmed that it has received an order for twenty-nine electric trucks from the postal service. It explained that all the trucks will have the same driveline but will have different configurations of the Volvo FL and FE models. While the FL models will have two axles, the FE models will have three. Deployment of the commercial EVs is should be completed before the end of 2022.

Speaking on the topic, Pettersen said, “We are happy to have made this deal and we want to put these vehicles in operation quickly, from Tromsø in the north to Kristiansand in the south. 37 percent of our fleet now runs on renewable energy – and that share will increase significantly going forward.”

The press officer further said that his company was moving ahead with an ambitious environmental strategy designed to benefit the whole country. He also stressed to state that the company would continue to work with quality-focused and ambitious partners like Volvo.

The Volvo FL Electric and Volvo FE Electric trucks were first officially launched in 2019, and both models are selling like hot cakes ever since that year. Including the Volvo VNR Electric in North America, and the upcoming Volvo FH, Volvo FM and Volvo FMX Electric trucks, the number of electric truck models being offered by the manufacturer grows to six.

The Volvo FE Electric will likely be equipped with a 200-265 kWh battery pack, which will be able to deliver a driving range of 200 km (124 miles) per full charge. The Volvo FL Electric is expected to get a 200-395 kWh battery pack for offering a greater range of 300 km (186 miles) on a single charge.

Over the past few years, Volvo Trucks Corporation has emerged as the main electric truck player in Europe, with Switzerland and Norway being its top two markets by volume.