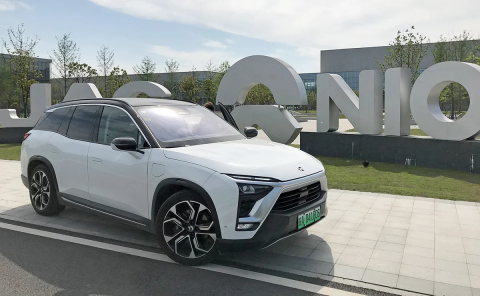 NIO, electric automobile manufacturer headquartered in the Shanghai, has confirmed that production at its JAC-NIO manufacturing plant has been halted due to shortage of semiconductors. Production at the JAC-NIO manufacturing plant, which is situated in Anhui Province’s capital Hefei, was temporarily suspended this Monday (29, March 2021). The company informed that production will not resume until at least 3rd of April. With the temporary suspension of production, the JAC-NIO facility has become the latest victim of the ongoing global semiconductor shortage.

In official press release, NIO admitted that the supply constraint of semiconductors was the reason behind its decision to halt production at the aforementioned facility. The EV maker also admitted that temporary suspension of production could impact its sales volume in the next month.

In this picky situation, the demand for semiconductors far exceeds the available supply. The deadly COVID-19 pandemic resulted in a jump in chip orders for smartphones, TVs, computers and other devices. Demand for computers and smartphones jumped as people around the globe got stuck at home during lockdown and they attempted to work from home and make life in general easier.

In spite of the global pandemic, NIO’s business remained solid and continued to grow. A couple of weeks ago, the Chinese EV maker revealed that it delivered 17,353 EVs in the October to December quarter of 2020 (Q4). The figure represents an impressive increase in sales from 8,224 units in Q4 of the previous year. In 2020, NIO delivered 43,728 EVs, representing a strong growth from 20,565 units in 2019, thanks to consumers’ increasing craze for environment-friendly EVs.

At present, it is not clear if or how much the ongoing semiconductor shortage could affect the Chinese EV maker’s delivery plans. But, it is sure that the five-day production halt at the JAC-NIO manufacturing plant will affect the company’s this quarter’s production goals.

NIO is not the only manufacturer that has been forced to temporarily halt its production due to shortage of semiconductors. A number of other well-known automakers were previously forced to halt certain production lines due to the same issue. The list of manufacturers affected by the semiconductor shortage includes General Motor Co., Ford Motors, Subaru, Fiat Chrysler Nissan, Toyota, and Volkswagen. However, NIO is the first substantial automobile manufacturer in China to stumble at the hands of the ongoing global semiconductor shortage.