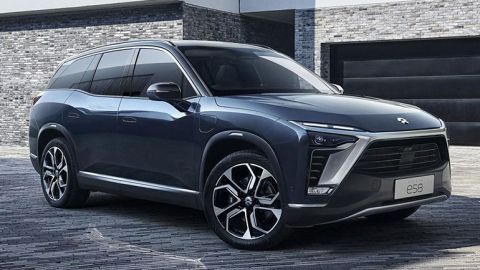 Chinese manufacturer NIO Incorporated has announced the release of its first over-the-air firmware update (FOTA) in Norway, which became the first market outside of the carmaker’s home country of China to get the update.

The new system update, released on 14th of January, is called Aspen 3.0.5. NO. It brings a number of enhancements and new features to improve user experience in winter, including extended default duration of cabin pre-conditioning and manual battery warm-up.

In addition, the FOTA update brings user experience enhancements like a power assistant to help users in searching for charging facilities and NOMI Debug that enables users to give feedback to the manufacturer through a voice note.

In Norway, the update is being rolled out to all NIO ES8 large SUVs equipped with the Aspen 3.0.0 NO smart operating system (OS), which has been developed on the NT1.0 – the company’s first-generation technology platform developed exclusively for users in Norway. The Aspen 3.0.0 NO OS is available in both English and Norwegian languages. The all-electric, 7-seater full-sized NIO ES8 SUV was first put into production in June 2018 for the Chinese market.

By the end of this year, the company plans to expand further into western European countries like Germany, Denmark, Sweden, and the Netherlands.

NIO remains tight-lipped about its North America plans, but the USA will likely be among the 25 markets where NIO wants to make its presence felt by the mid of current decade. The company has already opened a U.S. subsidiary that recently signed a 10-year lease deal on a standalone office building in San Jose, California. The deal effectively doubled the footprint of its current headquarters to over 200,000 square feet. The new U.S. location will be used to support the company’s research & development (R&D), testing, assembly, warehousing and other operations.

NIO claims to be the world’s first automotive brand to realize large-scale FOTA updates on EVs through its independently designed & developed technologies. Thus far, the Chinese manufacturer has introduced a total of 184 new features in addition to 382 enhancements through FOTA.