NIO hints at expansion to Germany next with job posting 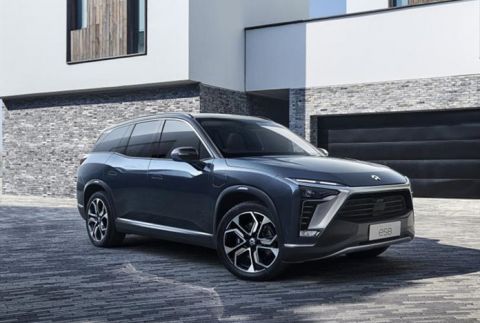 Shanghai, China-based multinational electric vehicle (EV) manufacturer NIO Incorporated is planning to expand its business to Germany, a recent job posting by the Chinese manufacturer suggests. Currently, NIO is selling its EVs in Norway. To lure more buyers by ensuring adequate charging infrastructure, the Chinese manufacturer is also in the process of shipping EV superchargers and battery swap stations to EU member state. Norway is the first EU country to receive NIO electric cars, and Germany is apparently going to be the second. Germany makes sense for several reasons.

Founded in 2014, NIO has quickly established itself as one of the world’s leading brands for electric sports utility vehicles (SUVs), thanks to highly successful e-SUVs like the ES8, ES6, and EC6.

In January this year, NIO announced its first luxury electric sedan, called the ET7. The new electric sedan is expected to help the Chinese manufacturer in snatching some share of market from the likes of well-established American EV maker Tesla Inc.

In May, the manufacturer announced plans to stretch its feet outside of China, starting with sales in Norway. The decision was followed by announcement that the company had obtained approval for mass production of its ES8 e-SUV all through Europe. Just a few days ago, it shared some images; showing that it has officially started it has started shipping EV superchargers and battery swap stations to Norway.

Now, it has published a job post for the position of “General Manager of NIO Germany,” offering a strong hint that the Chinese EV maker has set its sights on Germany to further expand its sale.

More than 170 people have reportedly already applied for the vacant post, which states that NIO is now looking for a General Manager in Germany to lead the company’s business development. The position wants an individual with the capability to develop NIO’s organization and business as well as be in charge for execution of the “Go to Market” strategy.

It may be noted here that Germany is no stranger to NIO. In fact, the Chinese manufacturer’s global design center is already operating out of Munich City of Germany. Moreover, reports about NIO’s entry into the German market have been swirling the Internet ever since the company announced its expansion into Norway in May this year. German magazine Der Spiegel reported that NIO CEO William Li announced at the time that the company had plans to start selling EVs in Germany starting in 2022.