Nifty Could Range Between 11400 to 12000 for October series: Epic Research 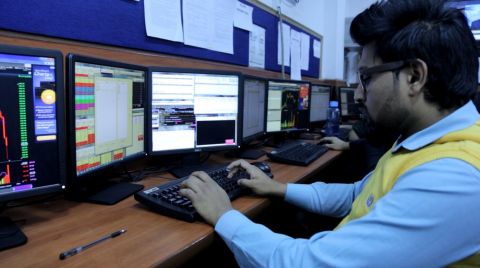 Indian markets witnessed an interesting week and stock indices have been hovering around their all-time high. After the tax rate cuts by Indian government, stock markets have received the much needed support. Markets are now waiting for quarterly results. Research Notes on Indian Stock Market by Mr. Mustafa Nadeem, CEO, Epic Research follow...

Nifty forms a spinning top on the weekly chart as bulls and bears settle down at 11506. This is an indication of outright indecision; after the previous week's rally, the bulls were not able to sustain the upside levels while bears also couldn't monetize the higher levels. Rollovers data and derivatives positions concentration chart points to a decisive month for the October series.

The week which was influenced by one of the largest reforms in the Indian financial system was seen muted as the market is digesting such a huge range which has been recorded once in the last 10 years. So, outright indecision is the natural outcome but one should understand that breadth strongly remains in favor of the bulls.

Global markets have been positive largely in the last few weeks while this week we saw oscillation in US markets amid Trade war meetings while European markets were seen leading on the back of expected trade resolve between US and China.

The important thing here would be to note that this week was muted on the back of sudden expansion in volatility and range of the markets. A lot of stock rotation and sector rotation would be a natural process. A lot of buying which was seen in the last two weeks was majorly dominated by Capital goods, Bank Index, Energy, and Auto followed by metals, PSU and Realty.

We will be entering in earnings season which has been muted for the last few quarters for most of the Index components companies and they would be bringing in a lot of volatility to the market and sectors specifically. We believe for now every dip should be utilized but as far as Nifty is able to sustain 11350 on closing basis. Upside can be seen towards 11700 and beyond that 11950.