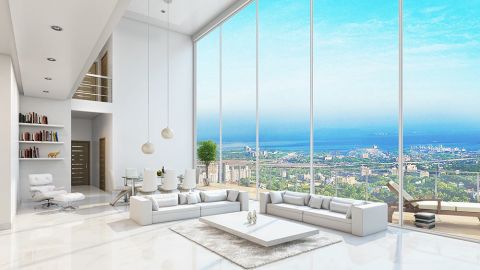 Along with the resale homes market, luxury housing took the hardest hit after demonetization. The Government’s continued focus on affordable housing coupled with the surgical strike on high-value currency denominations in November 2016 took the sheen off luxury housing for two years in a row. As a result, developers restricted new supply in the luxury category across the top 7 cities.

However, ANAROCK's most recent research indicates that while the affordable and mid-segment housing sectors continued to dominate the overall supply in H1 2019, luxury and ultra-luxury housing also saw a resurgence.

Predictably, MMR and NCR dominated the new luxury supply in H1 2019, accounting for a 59% overall share, followed by major southern cities with Bangalore and Hyderabad seeing the launch of 2,210 and 2,070 units respectively.

On further segregation of the available data, it emerges that the budget range of INR 1.5 Cr - 2.5 Cr saw the maximum launches with 9,940 units. The remaining 6,610 units were launched in the higher price bracket of >INR 2.5 Cr upwards. In this price category in H1 2019:

In sharp contrast to the trend seen in previous years when it was primarily investors who drove demand in luxury housing, this segment is almost completely end-user driven today. HNIs from India and NRIs cashed in on the prolonged slowdown and the more or less stagnant prices and best-buy deals in their preferred cities.