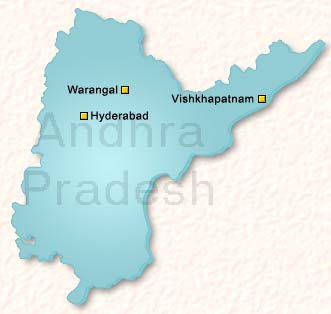 Visakhapatnam, Apr 13 : Naval commanders will meet in the port city of Visakhapatnam today to review the coastal security situation.

The commanders are likely to talk about the special security measures laid down by the government.

The meeting in Visakhapatnam, which is the headquarters of the Eastern Naval Command of the Indian Navy, holds a vital importance as the government has handed over the complete responsibility of the maritime security apparatus to the Navy.

The government had made this move after the Mumbai terror attacks exposed the lack of coordination among security agencies.

According to sources, the developments made in the security network and planning for the future would also form a part of the discussions in the meeting.

The meeting to be headed by the Navy Chief Admiral Sureesh Mehta is also expected to discuss Navy''s acquisition plans.

After the 26/11 Mumbai terror attacks, the government named Coast Guard (CG) chief as the head of the newly set up Coastal Command.

Apart from authorizing the Naval commanders to act as Coastal Defence Commanders, the government also provided the Navy with a 1,000-men ''Sagar Prahari Bal'' for securing its installations and create a new north-western region for the CG in Gujarat.

The government has also promised to increase the number of ships, aircraft, helicopters, bases and manpower for both the Navy and the CG. (ANI)