Murray claims that he has rediscovered his winning habit 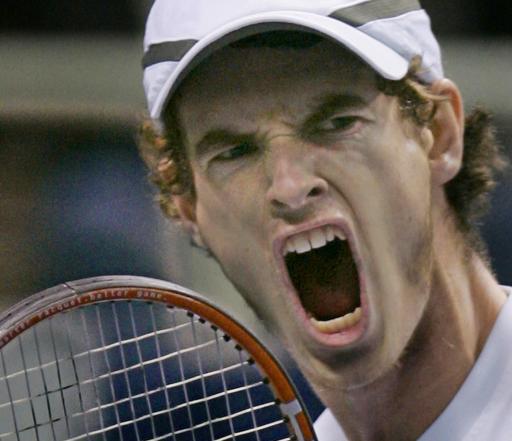 London, Apr. 2: British tennis star Andy Murray insists that he has rediscovered the habit of winning as he prepares for a Masters quarterfinal in Miami today.

The British No 1 will take on Fernando Verdasco — who beat him in the fourth round of the Australian Open in January — at the Sony Ericsson Open.

“I’ve now been finding ways to win when I’ve not been playing my best. I guess that’s all you can do. At the end of last year my consistency was great and I’ve started this year really great. I need to make sure I keep it going,” The Sun quoted Murray, as saying. Murray is hoping to capture the world number one spot with his recent stupendous form.

Murray has been performing well on grass court as well as on synthetic courts’ as he powered his way through to the final of the BNP Paribas Open in Indian Wells last weekend, but was outclassed by the world number one Rafal Nadal.

“Looking at the matches I’ve won and the win-loss record since Wimbledon, I think if I’d played like that the whole year, then I would be close to finishing No 1,” The Sun quoted Murray, as saying.

Murray currently ranks number four in world, and is pushing hard to dethrone Serbian Novak Djokovic from the third spot.

Murray, 21, however, knows that challenging Nadal’s kingship on the clay court would be something near to impossible, and getting past Roger Federer’s class on the grass court would require tremendous effort.

“If I can improve in the clay-court season then I can definitely move up,” he said. (ANI)