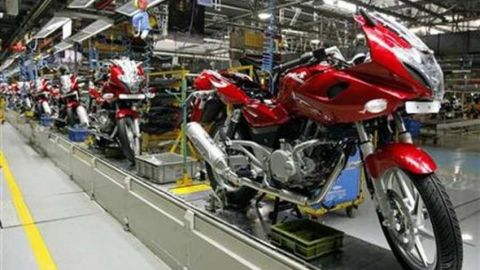 Market expert Mitesh Thakkar suggested two BUY calls and two SELL calls for Thursday’s trade and TopNews team has reviewed the performance of trading calls. Indian markets jumped by over 400 points on Thursday as technology companies led the rally in stocks. US markets and Asian stocks had given positive cues to the global markets.

Thakkar suggested BUY Call for automobile major Bajaj Auto with a stop loss of Rs 2,929, target at Rs 3,030. Bajaj Auto opened at Rs 2944 and touched an intraday high of Rs 2950. The stock started declining and Stop Loss was hit within first five minutes of trade. This call has FAILED but majority of traders wouldn’t have initiated this trade as the stock breached stop loss within few minutes of trade.

Traders were suggested to BUY Siemens with a stop loss of Rs 1,140, target at Rs 1,190. Siemens opened the session at Rs 1161 and touched intraday high of Rs 1172. The stock missed the target and Stop Loss was breached at 11.30 am. This call has FAILED.

Thakkar also suggested SELL call for Amara Raja with a stop loss of Rs 691, target at Rs 660. The stock opened at Rs 680 and touched intraday high of Rs 686. The stock touched intraday low of Rs 663.95 within 15 minutes of trade. This call couldn’t reach target price but can be termed as moderately SUCCESSFUL.