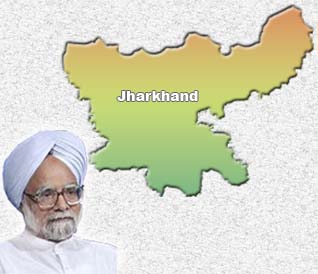 In a separate incident in neighbouring Bihar state, a group of at least 100 Maoists attacked a camp of the paramilitary Border Security Force in Rohtas district.

The camp was set up to oversee security at elections scheduled to be held in the region Thursday.

One trooper was injured in the attack that began before dawn and continued for more than three hours, Rohtas district police chief Vikas Vaibhav was quoted as saying.

He said some rebels were killed and the others fled but gave no guerrilla casualty numbers. Unconfirmed reports said eight rebels had been killed.

Several areas hit by the Maoist rebellion in the eastern states of Bihar, Jharkhand and Orissa as well as the south's Andhra Pradesh are holding elections as India's five-phased, month-long elections begin Thursday.

At least 40 of the 124 constituencies going to the hustings are affected by the Maoist insurgency.

The rebels, who have called for an election boycott, have stepped up attacks on police and government installations in the run-up to the elections.

Maoist rebels, who operate in 13 of India's 29 states, claim they are fighting for the rights of the rural poor and tribal people.

According to independent estimates, more than 600 people - including civilians, police and rebels - were killed in Maoist violence in India in 2008.

Prime Minister Manmohan Singh has described the Maoist insurgency as one of the gravest internal security threats facing India.