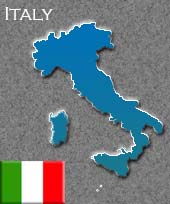 Valletta, Malta - Malta will be provide would-be illegal immigrants at sea with the necessary assistance to continue on their journey to Italy from now on, the Maltese government said.

The decision signifies a marked shift in policy towards immigrants as the diplomatic row between Italy and Malta deepens, after Italian authorities turned back boat-loads of migrants to Malta on May 1.

In a strongly worded statement after a cabinet meeting Monday night, the government said the assistance it would give immigrants at sea would vary according to the nature of the case.

The government would continue taking those immigrants who were forced to abandon their boat to the nearest port, or it would assist them to continue on their way safely. Previously, there was no policy to intervene in this way, and several of the immigrants were taken in to Malta.

The decision was prompted after Rome turned back a Maltese patrol boat with 66 rescued immigrants just 24 miles off Lampedusa last week. The would-be illegal immigrants were picked up from a dinghy by the Maltese, after the Italians said they had no rescue vessels to mount a rescue. But when the Maltese patrol boat arrived just off Italian territorial waters, it was intercepted by two Italian vessels and told not to proceed further. The immigrants were taken to Malta.

The Maltese government's decision is expected to incense the Italian government which has itself shifted its policy on immigrants in recent weeks. Italy said that rescued immigrants cannot be taken to the islet of Lampedusa from now on because it is not considered a safe port.

Both countries say they cannot cope with the heavy influx of people fleeing Africa and have called on the EU to intervene. (dpa)