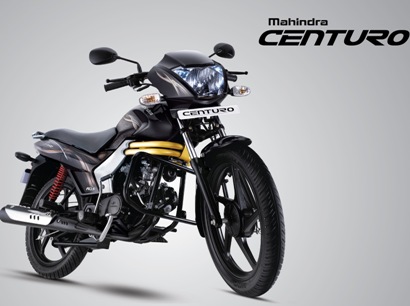 Mahindra Two Wheelers Ltd, a subsidiary of the Mahindra Group, on Friday expanded its promising Centuro portfolio with the launch of the new Centuro N1 motorcycle.

Priced at Rs 45,700 (ex-showroom, Delhi), the Centuro N1 comes with an anti-theft alarm and engine immobiliser and offers an impressive mileage of 85.4 kilometers per liter (km/l).

It has indigenously built 110cc MCi-5 engine that delivers 8.6PS at rate of 7500rpm and 8.5Nm of torque at rate of 5500rpm. The engine is mated to a 6-speed transmission. It also comes with a remote 128-bit encrypted flip-key with LED lights and guide lamps that keep on illuminating, which helps the owner locate the bike in a crowded parking.

In addition, the new motorcycle comes with a 5-year warranty.

The manufacturer claimed that the Centuro N1 would allow new consumers to experience the unbelievable Centuro proposition. The company sold more than 1 lakh units of the existing Centuro bike in the last six months.

Viren Popli, executive VP of the company, said, "Over the last six months, we have witnessed an unprecedented demand for the Centuro, which has reflected the growing consumer confidence in our technological innovations and product."

Popli added that they had increased production at the company's Pithampur manufacturing facility to meet the increasing demand for Centuro bikes. He added that the company would continue to expand dealer-network. Currently, the company has a network of 390 dealers with more than one thousand touch points across the country.