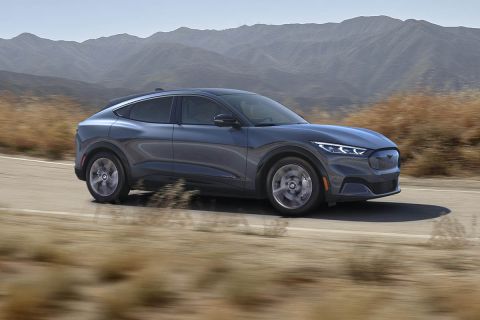 With recent acceleration in automakers’ shift from conventional internal combustion engines (ICEs) to electric vehicles (EVs), the year of 2021 has brought a number of long-range electric cars in the market. Let’s have a quick look at some of them….

Ford Mustang Mach-E CA Route 1 Edition: Next in the list comes Ford’s Mustang Mach-E CA Route 1 Edition EV, which has just started to roll off the automaker’s assembly lines in the United States with a lot of hype. It can cover a distance of 305 miles on a single charge, which makes it the best among the five variations that Ford has either already offered or will offer soon.

Hyundai Kona Electric: South Korean automaker Hyundai’s Kona electric car is one of two all-electric offerings that are currently available on the market for purchase. It got a space on the list because it offers longer range than the Hyundai Ioniq Electric as well as many other EVs available for purchase. According to the EPA, it has a range of 258 miles.

Tesla Model Y Long Range: It is Tesla’s newest EV to debut. Out of the three available trims, the Long Range Model Y offers the best range. According to American agency EPA, it has an estimated range of 326 miles on a single charge.

Porsche Taycan 4S: Porsche’s Taycan e-sports car, which has sold more than 20,000 units since entering the production lines around a year ago, can travel up to 227 miles on a single charge. However, its high price tag of more than $80,000 continues to keep many potential buyers at an arm’s length.

In addition to all those available long-range electric cars, many more anticipated EVs are slated to be delivered at various points this year. The upcoming Tesla Model X Long Range and the Rivian R1T / R1S Launch Edition will also offer ranges of more than 300 miles on a single full charge. However, Tesla’s Model S Plaid+ will steal the show by offering an estimated range of more than 520 miles.