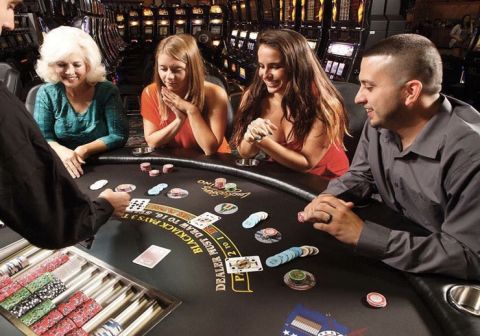 According to data released by the Nevada Gaming Control Board (NGCB), statewide GGR totaled $1.248 billion in September this year, nearly 8 per cent up from the corresponding month of 2021. Merely three of the twenty monitored casino gaming markets suffered a year-over-year (YoY) decline.

It is quite encouraging to note here that September of this year marked the 19th consecutive month when state casinos won more than $1 billion from gamblers. The ‘Silver State’’ has in fact made a habit of generating a GGR of more than $1 billion since the record streak started in February last year.

Clark County’s LVS, which is undoubtedly the most significant of the twenty metered markets, continued to enjoy resilient play. LVS casinos won nearly $693 million from gamblers last month, enjoying an increase of 8.25 per cent year-over-year. The ongoing rally was fuelled by slot machines, which generated GGR of $409.5 million, up 15 per cent year-over-year. Revenues from table games, such as craps, blackjack and roulette, remained almost flat, but slot machines compensated for it.

The return of gamers to LVS casinos amid economic uncertainty and record high inflation has been credited to the return of big conventions and events in the area, in addition to the start of college football seasons and NFL. Casino hotel occupancy rates also returned to full capacity.

Michael Lawton, a senior economic analyst with NGCB, went on to predict that the current year will surpass last year in terms of GGR.

Speaking on the topic, Lawton explained, “This month’s [Strip] total was driven by another incredibly strong sports and entertainment calendar, which included concerts, residencies, a music festival, and three high-profile sporting events. We have three months left in the calendar year, and I’m going to go out on a limb and say this year is going to surpass last year.”

In the first nine months of 2022, Nevada and LVS casinos are straightforwardly ahead of the record pace they set in corresponding period of 2021. Last year, the ‘Silver State’ had generated more than $13.42 billion, which far exceeded the previous record GGR of $12.85 billion set nearly one & half decade ago in 2007.