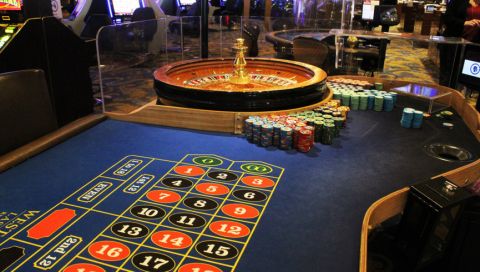 In the world-renowned gaming hub of Las Vegas, some of the Strip’s marquee casinos are offering deep discounts and attractive Black Friday, Cyber Monday deals. In addition to deep discounts on casino guestrooms, multiple Las Vegas Strip properties are offering promotions through at least Cyber Monday. Even tourism market experts are suggesting that there will be no better time than the present to book a reservation, especially for those who might be contemplating a trip to Southern Nevada in the near future.

MGM Resorts, the largest employer in entire Nevada, offers more hotel rooms on the Strip than any other entity. On the occasion of Black Friday, the casino giant announced discounts of up to 35 per cent on room reservations for MGM Rewards members.

Running a similar campaign, Wynn Resorts Inc. – the operator of Wynn and Encore – is offering bookings at discounts of up to 35 per cent. However, these discounts are available only for members of Wynn Rewards Program. Such promotions will be valid through 31st of October, 2023.

Caesars Entertainment’s ongoing Cyber Monday sale is offering guestrooms at discounts of up to 25 per cent. The attractive deal is available through 3th of November this year.

Even bigger discounts are being offered by the Cosmopolitan, which has announced Black Friday promos through 29th of November. Reservations made before 11:59 pm PST on coming Tuesday will be discounted by 50 per cent.

The Venetian and Palazzo have announced that reservations made by 10:00 am PST on 30th of November for stays through 4th of September next year will be discounted by 50 per cent, so long as the patron stays there for a minimum of two nights.

Focusing on more immediate guest traffic, Resorts World is offering 30 per cent off rooms on bookings made by 29th of November for stays until December 25, 2022.

The aforementioned attractive Black Friday and Cyber Monday deals are being offered not only by big Strip casinos, as locals-focused casino operator Station Casinos has also announced guestroom discounts of up to 40 per cent for stays through 31st of March next year.