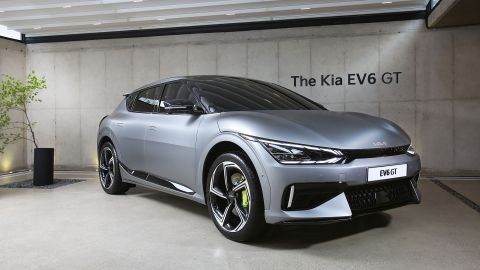 South Korean automobile manufacturer KIA Corporation has reported an increase of more than 10 per cent in its global vehicle sales for the month of August this year, but wholesale shipments of the KIA EV6 surprisingly slipped roughly 16 per cent year-over-year.

Conversely, no sign of a KIA EV6 production ramp-up was seen in the stats released by the manufacturer. KIA EV6 wholesale shipments, which are closely related to production, amounted to 4,778 units. Of that total, 1,672 units were sold in South Korea, while 3,106 were exported. That is 15.7 per cent less than a year ago when the battery-electric compact crossover SUV entered the market. The EV6 sales reported for last month also represent the lowest result since the vehicle’s market launch.

Sharing its monthly sales data, the manufacturer explained that 4,499 retail sales of the EV6 came from foreign markets, including 1,840 in the United States. In Europe, the company sold 2,135 units.

It may be noted here that KIA reports wholesale shipments or sale on the manufacturer level, unaudited, on a preliminary basis.

Year to date (YTD), KIA EV6 wholesale volume crossed the mark of 55,000 units. Thus, it is easy to maintain the projection that the company can achieve a wholesale volume of at least 80,000 during 2022 if it continues to perform at the current rate.

Cumulatively, the South Korean manufacturer has produced more than 84,000 units of the EV6 compact electric SUV. Most of those units (nearly 56,000) were exported to foreign markets.

The KIA EV6 is the South Korean brand’s most advanced all-electric SUV, featuring bold distinctive exterior, innovative interior design and avant-garde technologies. Equipped with 77.4-kWh battery pack, the RWD version generates 223bhp and 350Nm of torque, which allows the EV to sprint from zero to 100kmph in 7.3 seconds. The AWD version is capable of producing 320.5bhp and 605Nm of torque, and it takes just 5.2 seconds to sprint from zero to 100kmph.