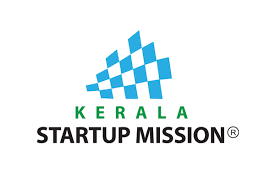 Kerala has potential to lead the nations in many fields and the start-up ecosystem in the coastal state will be leading the country in the coming years. As per a newly published ANAROCK-CREDAI report, Kerala currently has over 2,200 operational start-ups - 36% in Kochi alone.

With a conducive environment for entrepreneurs to grow and flourish, the start-up ecosystem in Kerala is catching up with neighbouring Karnataka. Primarily known for tourism, the state currently hosts more than 2,200 start-ups, with over 36% of these in Kochi alone. The CREDAI-ANAROCK report 'Kerala - Unravelling the Growth Trajectory' unveiled at the CREDAI Kerala Statecon - 2020 held in Kochi today, confirms that the state now ranks among India's top 5 start-up incubation hubs along with Gujarat, Karnataka, Odisha and Rajasthan.

Mr. Krishna Kumar - Chairman, CREDAI Kerala says, "Kerala is one of the most literate and skilled states in India. Schools, colleges, start-up incubators and government institutes have been very efficiently linked into an ecosystem that provides ample opportunities for the growth of entrepreneurship and innovation.”

In early 2019, the government initiated an integrated start-up complex in Kochi spread over 1.8 lakh sq. ft. Three similar projects are in the pipeline, increasing the capacity to over 5 lakh sq. ft.
Nearly 59% of Kerala’s start-ups have their headquarters in Ernakulam and Thiruvananthapuram districts.
Home to IIM and National Institute of Technology, Kozhikode has emerged as a preferred start-up destination in recent years. The city hosted nearly 10% of the state's start-ups in 2019, compared to 6% a year earlier.

The report finds that in terms of overall start-up funding in Kerala, both 2018 and 2019 saw significant growth over the previous years.