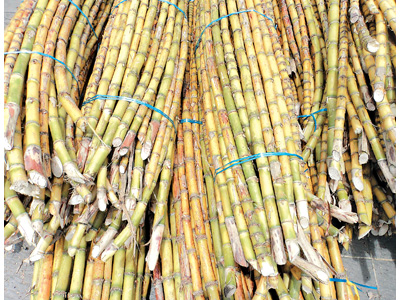 Karnataka has fixed ex-gate price for sugarcane at Rs 2,500 a tonne for the current crushing season (2013-14).

S. S. Pattanshetty, Commissioner for Cane Development & Director of Sugar, issued a notification announcing that Rs 2,500 per tonne had been fixed as ex-gate price for the crop in southern districts and Rs 2,500 a tonne had been fixed as ex-field price in northern districts. Ex-field means costs of harvesting and transportation will be borne by mills.

Prakash B. Hukkeri, Minister for Sugar, however, said that the price, which was announced as per the Karnataka Sugarcane Purchase & Supply Control Act, 2013, was not binding on the government, and that the government would look into it accordingly.

The minister claimed that sugarcane growers in northern districts would enjoy savings of nearly Rs 400 to Rs 500 per tone; while mill owners would earn at least Rs 135 for per tonne via government concessions.

Karnataka has 58 active sugar mills, of which 44 have already started crushing sugarcane. Eight more mills are expected to commence crushing by the end of current month. Nearly 26 lakh tonnes of sugarcane have already been crushed.