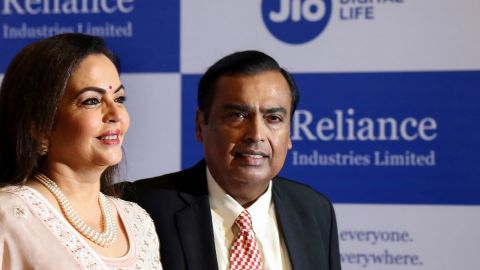 Reliance Industries has been in the news for the last two months as the company has been announcing one after another investments from private equity majors in its technology venture Jio Platforms. Market experts were excited about Facebook’s major investment in Jio Platforms for 9.9 percent stake at USD 65 billion valuation. However, as Reliance announced a new investment in its venture every week, it hasn’t remained a surprise for investors or market analysts. Everyone is happy about Reliance getting major investments in its technology venture but it has become more of a norm.

TopNews spoke to a few market analysts about Reliance selling stake in Jio Platforms. They are showing confidence in the company and its ability to deliver on its promises. And, this has reflected in the stock market valuation of Reliance. The company was aiming to sell nearly 20 percent stake in Jio Platforms but it has already crossed that figure.

Reliance announced that it would go debt free by 2021 but looking at the investments the company has managed in the last 8 weeks, it would achieve this target much earlier. Reliance also managed to successfully complete the biggest ever Rights Issue in the Indian market few weeks ago.

Reliance informed in a statement, “Global investment firm TPG will buy a 0.93% stake for $598 million. Private equity firm L Catterton will pick up a 0.39% stake for $249 million.”

“Jio is a disruptive industry leader that is empowering small businesses and consumers across India by providing them with critical, high-quality digital services,” TPG co-CEO Jim Coulter said in a statement confirming the investment.