Italian football has lost its class and appeal 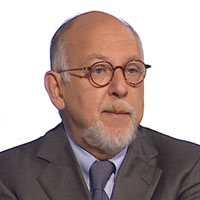 Rome - A few years ago, la Repubblica columnist Vittorio Zucconi wrote that only madmen would continue calling the Italian Serie A the best league in the world. Time proved the veteran journalist to be right and today, despite a fourth World Cup won in 2006, it is hard to find someone who feels like comparing Italy's top flight with that of England or Spain where the best players in the world tend to go these days.

With games from several European leagues available on pay TV, it is often painful for Italian football buffs to zap through channels, let alone thinking of the European tournaments, where no Serie A club went beyond the quarter finals.

The latest league showdown between leaders Inter Milan and second- place Juventus, both ejected from the Champions League, has lost its dominance and appeal from the 1908s and 1990s.

The 1-1 draw was marked by few worthy actions, plenty of tactics, some unfair behaviour and, most notably, the racist slurs against Mario Balotelli.

The 18-year-old talent was born in Italy to a Ghanaian family, scored Inter's goal, and was repeatedly booed by vast sectors of Turin's stadium, which cost Juve a game to be played behind closed doors.

Juve coach Claudio Ranieri, formerly at Chelsea, recalled how two fans were banned from stadiums for five years in England for insulting Dwight Yorke of Blackburn Rovers as the Trinidad and Tobago forward was about to come on in a game.

"If this happened in Italy," Ranieri said. "Violent fans would think twice before doing or saying certain things."

Laws to ban hooligans exist in Italy, but it often happens that arrested fans are those who should not have been at the game due to previous offences.

The Interior Ministry has a plan to monitor the public through the distribution of club-issued fan cards, but the initiative has failed to take off amidst lukewarm attention from the same clubs and open scorn by die-hard fans.

Inter coach Jose Mourinho provided a defence of Juve in the Balotelli case, but his words seemed to backfire on Italian football fans in general.

"What happened Saturday was not a first time," Mourinho said. "It happened in many stadiums and also at home."

Racism aside, the Portuguese provided a fresh look at Italian football after his successful experiences at Porto and Chelsea.

"Life here isn't easy," he said about the frequent replacements of coaches, which so far took place at seven Serie A teams, two of which made two changes.

"I say that Italian coaches are clever technically and are capable of handling this pressure."

Although coaches know how to deal with stress, their teams often fail to entertain the crowds that often shrink to groups of die-hard fans.

Attendance still has long been a way to go to meet a healthy level but it seems that things are not going that bad after years of small numbers following a vast game-rigging scandal in 2006.

The League of professional football (Lega Calcio) has monitored a growing trend, with average game attendance at 24,600, up by 2,000 compared to last year and more than 6,000 than two years ago.

Italian stadiums, however, are a far cry from the English ones that can be admired on television.

"Look at those guys! They could almost touch the players on throw-ins," is a frequent comment among Italian TV viewers.

Most Italian stadiums still have a track around the pitch and high fences are a common view almost everywhere. Juventus appear set on building a new state-of-the-art arena, while Roma and Lazio are also eyeing the possibility.

Television commentators, particularly those of paid channels, do their best to make the games entertaining, but often leave viewers puzzled when they praise shooters for their "impressive power," overlooking the fact that the ball flew five metres above the bar.

A close-range shot slammed into a goalkeeper chest is seldom called, as it should, a bestial blunder, but gets transformed into "a prodigious save."

In a perverse homage to triteness, each shot hitting the post is a "palo clamoroso," and it is always described as a case of bad luck, rather than lack of precision.

If it's true that there problems in football, facing them objectively could be a good way to start solving them. (dpa)